Jamie Paulin-Ramirez was a nursing student, caring for her young son. Then she converted to Islam, and within a year had joined a terrorist cell in Ireland. When she was arrested, she was raising her son to become a jihadist.

But don't worry. If we keep telling ourselves that Islam is a religion of peace and tolerance, maybe converts like Jamie will stop trying to slaughter us. (Click here to learn the truth about jihad.) 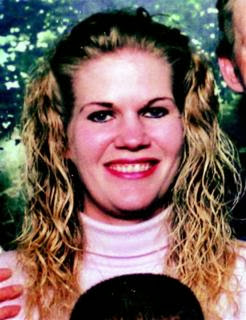 (Reuters) - A Colorado woman who converted to Islam and went to Ireland to join a man she believed was training for terrorist operations was sentenced to eight years in prison Wednesday.

She was nicknamed "Jihad Jamie" by the media following her 2010 arrest because she had joined a group in Ireland that included another American-born, white-skinned, blonde-haired woman, Colleen LaRose, who called herself "Jihad Jane."

The two women were lured to Europe by Islamist extremists who hoped to use their appearance and U.S. passports to carry out violent attacks, prosecutors said.

LaRose was sentenced to 10 years in prison Monday for her role in an al Qaeda-linked plot to kill a Swedish artist who had offended Muslims by portraying the head of the prophet Mohammad on the body of a dog. Ramirez was not implicated in that plot but pleaded guilty to the lesser offense of providing material support to terrorists.

Prosecutors, who had sought at least a 20-year sentence for LaRose, asked for at least a 10-year sentence for Ramirez, alleging that she allowed the alleged Irish ringleader, Ali Charaf Damache, to train her young son for violence. They cited a video she recorded of the boy in Ireland wearing a robe and a scarf, and carrying a toy gun. On the video, prosecutors said, she commands her son to "attack the kuffar," or non-believers, and he fires the toy gun.

Ramirez and LaRose were sentenced by Petrese Tucker, the chief judge of the federal court in Philadelphia, and will receive credit for time already served.

LaRose introduced Ramirez to Damache during an online chat in July 2009. Two months later, Ramirez left Colorado without telling friends or family and flew to southern Ireland with her 6-year-old son to marry Damache. She expected to support him as a wife while he trained to engage in Islamist attacks. (Continue Reading.)

Email ThisBlogThis!Share to TwitterShare to FacebookShare to Pinterest
Labels: Converts to Islam