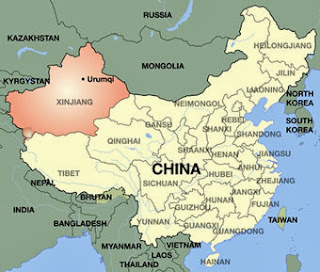 Associated Press—Authorities in western China said Monday that police fatally shot eight "terrorists" who had attacked them using knives and explosives in the latest in a string of violent incidents in the ethnically tense region.

The Xinjiang government news portal Tianshan Net said that the group of nine attacked officers and burned police cars in Shache county, which is overseen by the famed Silk Road city of Kashgar.

It was the latest in a series of attacks pointing to growing unrest in the large sprawling region of Xinjiang, home to a simmering rebellion against Chinese rule among parts of the native Muslim Uighur population who want more autonomy from Beijing. Recent clashes, including an attack on a police station last month, have left dozens of people dead. (Continue Reading.)