Meanwhile, the soldiers he shot can't get the necessary medical benefits because the Obama Administration classified the attack as "workplace violence." 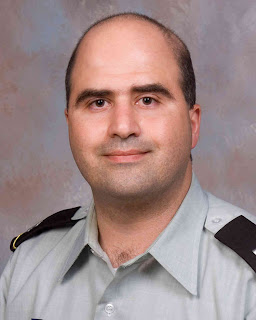 NBC News—The Department of Defense confirms to NBC 5 Investigates that accused Fort Hood shooter Major Nidal Hasan has now been paid more than $278,000 since the Nov. 5, 2009 shooting that left 13 dead 32 injured. The Army said under the Military Code of Justice, Hasan’s salary cannot be suspended unless he is proven guilty.

If Hasan had been a civilian defense department employee, NBC 5 Investigates has learned, the Army could have suspended his pay after just seven days.

Personnel rules for most civilian government workers allow for "indefinite suspensions" in cases "when the agency has reasonable cause to believe that the employee has committed a crime for which a sentence of imprisonment may be imposed."

Meanwhile, more than three years later soldiers wounded in the mass shooting are fighting to receive the same pay and medical benefits given to those wounded in combat.

Retired Army Spc. Logan Burnett, a reservist who, in 2009, was soon to be deployed to Iraq, was shot three times when a gunman opened fire inside the Army Deployment Center.

Burnett nearly died. He's had more than a dozen surgeries since the shooting, and says post-traumatic stress still keeps him up at night.

Burnett is now fighting a new battle; only this one is against the U.S. Army.

The Army has not classified the wounds of the Ft. Hood victims as “combat related” and declines to label the shooting a “terrorist attack.”

The “combat related” designation is an important one, for without it Burnett and other shooting victims are not given combat-related pay, they are not eligible for Purple Heart retirement or medical benefits given to other soldiers wounded either at war or during the Sept. 11, 2001 attack on the Pentagon.

As a result, Burnett, his wife Torey, and the families of other Fort Hood victims miss out on thousands of dollars of potential benefits and pay every year. (Continue Reading.)

Don't look at me, I didn't vote for Obama.

Oh, well, okay. So we're paying this self-appointed jihadi something like appropriate jizya but WHERE, tell me, is the "willing submission" that's supposed to go with it?

Isn't somebody supposed to go crawling to "thumb-face" Hasan and get their face slapped or something when they take him the money? Isn't that supposed to be Hillary's job? Couldn't Eric or Barry step up and do some groveling if Hillary can't make it?

I mean, if Ohbummah is gonna attempt to appease the slaves of a seventh century syphilitic brained psychopath, you'd think he would at least READ the instructions in one or another version of the un-holy koran.

Geepers. This administration can't seem to get ANYTHING right...

Don't know if I ever said it, but David's video, "When a Jihadist Calls" is comedic brilliance of the first order -- by which I refer mainly to the surprise ending. The lead up to the ending might be a minute or so too long, with the result that some might stop watching and never get to the wonderful ending. Some viewers might do to the video what David does to the phone messages heard in the video.

I thought we did not reward criminals.
I know of no people serving time in American jails who are being paid exorbitant amounts of money for things they have done or are doing.
The right to make a fortune is one that should be denied first to criminals and terrorists.
If anything, he should be made to pay back every cent he ever earned in this country to the government to cover the expenses in our defense.
Call it Jizyah in reverse.