Lars Hedegaard has publicly criticized Islam's impact on society. Perhaps he'll take this shooting as proof that his criticisms were wrong. Islam only brings sunshine and peaches to society (not to mention bullets and beatings). 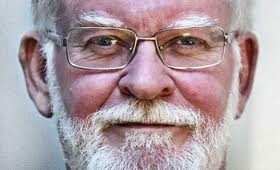 COPENHAGEN, Denmark -- Danish media are reporting that an unknown gunman has tried to shoot a Danish writer and historian who is a prominent critic of Islam.

TV2 News and the Politiken news site say Lars Hedegaard was not injured in the shooting.

Both say the gunman came up to Hedegaard's Copenhagen home Tuesday on the pretext of delivering a package, and then fired at least one shot but missed the writer.

Copenhagen police confirmed that there had been a shooting without injuries. They wouldn't say whether Hedegaard was the intended target.

Hedegaard heads the International Free Press Society, a group that claims press freedom is under threat from Islam.

....and then the Supreme Court overturned the lower court decision, returned the money and threw out the charges.

How strange that was overlooked. (Sarc. off)