Muslims often assure us that the West needs Islam to rescue us from immorality. Meanwhile, back on Planet Reality, we see the real fruits of Muhammad's teachings. 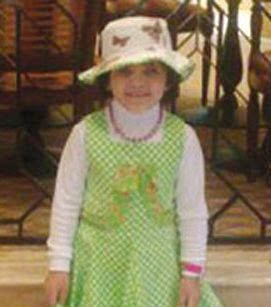 SAUDI ARABIA--A Saudi court ordered a well-known local scholar to pay diya (blood money) after he was convicted of torturing his five-year old daughter to death.

His wife quickly reacted by saying she would appeal to demand her husband’s death.

Newspapers in the Gulf Kingdom said the unnamed scholar is still in jail until he pays diya to his wife over the death of his daughter.

The woman said she had not appointed a lawyer during the trial to demand execution of her husband on the grounds she is “ignorant in the law.”

“The body of my daughter has been in the morgue for nearly four months... I have just received a court permit to bury her,” she said.

In a report in late 2012, the Saudi Arabic language daily Alyoum said the scholar often appears on a local satellite TV channel to deliver religious lectures.

It quoted the girl’s mother as saying her daughter had been systematically tortured by her father and his new wife before she was admitted to hospital in a serious case. (Source)

What won't this people do.

Muslims = an embarrassment to humanity.

Every story I read about this precious innocent blood that's shed by these demonized monsters, EVERY single time my heart is torn with unbelief of such atrocities. There is NO JUSTICE in Sharia Law... NONE. May God accept these tiny souls into His Kingdom and shower them with the Love they so desperately deserve.

Primitive barbarians fallowing primitive, barbarian, prophet! How blind and ignorant Muslims have to be to follow this satanic cult is beyond rational.

Yes, maybe that's why the "scholar's" name is not released.

He is an embarrassment to Islam?

Or is it consider OK to kill your child just on the suspension that they may not become a good Muslim?


Like in the story of Moses and the "Noble and Great servant of Allah"
I found in the Koran
Surat 18:from verse 65 on.

(V74)
when in their travels met a boy.
The great man slew him. Moses questions the great man.

(V80) Finally answers this question "And as for the boy, his parents were believers and we feared that he should involve them in trouble through transgression and disbelief."

Found in Koran 18 v65 to V82
The tone of the story is very strange in this "great man" is portrayed as wise and sagely far more so than Allah's beloved prophet Moses.

As for torturing, well when does Allah or Mohammad promote killing without a good deal of torture first?

Sorry about the typo.

as for the other typos, I plead dyslexia.