Muslim organizations, the media, and politicians continue assuring us that honor killings have nothing to do with Islam. Yet more than 90% of all honor killings are committed by Muslims. Why the connection? 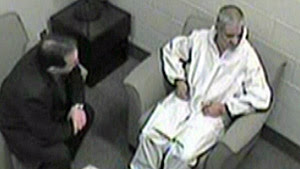 CANADA--A Toronto man who stabbed his wife and slashed her throat four years ago was found guilty of second-degree murder on Sunday.

Peer Khairi, 65, sobbed quietly with his head down when the verdict was read in court, days after the jury first began its deliberations last Thursday.

Assistant Crown Attorney Robert Kenny said the jury heard four weeks of evidence during the trial, including three days of testimony from Khairi himself. . . .

During the trial, Khairi had claimed that he killed his wife in self-defence, alleging that she had tried to attack him with a knife.

The Crown argued that Khairi was angry with his wife and children for adopting more Western values after coming to Canada from Afghanistan. (Continue Reading.)


For the real connection between honor killings and Islam, be sure to watch our ABN special: