Luqman Ameen Abdullah was a radical Muslim training his fellow Muslims to wage Jihad. He was killed by the FBI during a raid in 2009 after firing a gun at agents. Now Abdullah's family is suing the FBI, based on the testimony of his Muslim brothers, who claim that he never drew a gun. I'm sure any jury would believe Abdullah's associates, since they have absolutely no reason to lie, and since Muhammad never, ever said, "War is deceit." 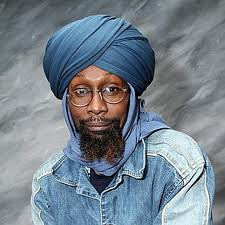 DETROIT — The family of a man shot to death in a raid at an east Dearborn warehouse in 2009 is suing the FBI, claiming that his rights were violated.

Luqman Ameen Abdullah, aka Christopher Thomas, was shot 21 times by FBI agents during a raid at the warehouse at 5171 Miller Road, just north of Michigan Avenue, just after noon Oct. 28, 2009. An FBI dog was shot twice in its neck and also died.

A house on Tireman in Detroit also was raided.

The suit, filed Oct. 26 in U.S. District Court in Detroit, maintains that Abdullah did not display a gun; government reports written in the incident’s wake claim he fired a pistol.

The FBI was investigating the sale of stolen truck parts. Twenty-nine agents were in the warehouse, which was under the FBI’s control on an undercover basis, when Abdullah and four counterparts arrived; 66 agents were involved in the operation.

Dearborn police were not part of the tactical operation or shooting.

The initial FBI report said that 11 defendants, including Abdullah, were part of a group known as the Ummah (“brotherhood”), a Sunni group mostly composed of blacks who were converts to Islam and wanted to establish a separate Shariah law-governed state in the U.S.

The group’s leader was Jamil Abdullah Al-Amin, aka H. Rapp Brown, who is serving a life sentence for killing two police officers in Georgia. The group reportedly promoted violence against police officers and trained members to use guns and martial arts in anticipation of government violence, according to the FBI.

Dearborn police investigated the shooting because it happened in the city. The investigation took several months because it required the help of several law enforcement and other governmental agencies, and officers interviewed about 85 witnesses. The 300-page report was forwarded to the Michigan Attorney General’s Office, which concluded in fall 2010 that no state law was broken.

“My office’s review found undisputed evidence that (Abdullah) resisted arrest and fired a gun first in the direction of the agents,” then-Attorney General Mike Cox said in a written statement. “Under Michigan law, law enforcement agents are justified in using deadly force in these types of situations, and, therefore, we found no crimes.” (Continue Reading.)

Look around the world and show me one Muslim country where there is peace. Not only persecuted Christians want to leave muslim countries but also millions of muslims themselves. And where do they want to go? To Western countries. And look what happened to Christian western countries now. How much money is being spent on Security alone. Security to protect from whom? Hindus or Sikhs or Buddhists or Christians? No. From suicide bombers. And take a guess. Which religion do they belong to.

In part, the liberals of western societies are to blame who are allowing Islam to creep into our culture and judicial system. If things keep going the way they are today, one day it will be too late to cry over spilled milk. West will realize when Islam will have majority to start persecution in our own country.

Islam and all the rest of the religions of the world are like oil and water. They can not mix together. Where ever there is Islam, there is persecution, violence and unrest.

Jesus said that if you live by the sword, you will die by the sword. There is really no excuse for whining about it. Shariah law would have condemned the FBI, U.S. law does not.