But don't ever forget that the real problem is "Islamophobia." 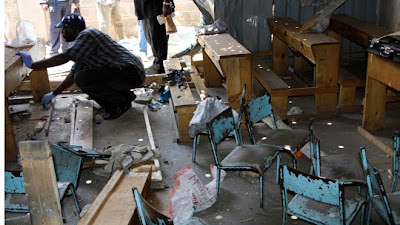 Moses Ombati said he suspects sympathizers with the Somali militant group al-Shabab were behind the attack at an Anglican church in Nairobi.

Kenya has seen a series of attacks on churches ever since Kenyan forces moved into Somalia to fight al-Shabab last year. Kenyan forces kicked the rebels out of their last stronghold, Kismayo, on Friday.

Grenades are often used in the attacks; Ombati is describing the cause of Sunday's attack as an explosive device.

One church member, Julius Macharia Maina, brought four children to the hospital. One child's head was cut open; the others had bruises. Maina described the attack "emotional and very scary." (Source)