I ran into Younus at the "Salute Israel" parade a few years ago. He called me a "douche bag." I challenged him to a debate via email, but he ended up saying some nasty things about my mom instead. The sad part is that, if you read the Muslim sources, you find that Islam encourages this sort of behavior. 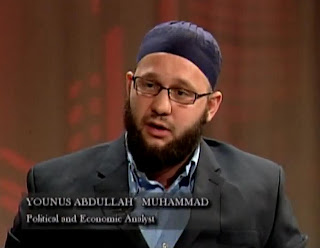 The Thursday hearing in a Virginia federal court found Younus Abdullah Mohammad, whose real name is Jesse Curtis Morton, facing charges for the incendiary material he put on his website, Revolution Muslim. 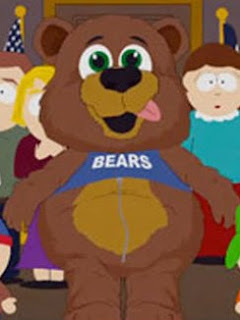 The matter stems from an April 2010 episode of "South Park" in which the Prophet Muhammad was depicted in a bear suit, igniting threats from Morton and two of the website's co-operators. Both of the others were arrested and charged with terrorism a month later, prompting Morton to flee the United States that summer.

He was taken into U.S. custody in Morocco in October, and has since remained in jail, awaiting trial. One of his associates, Zachary Adam Chesser, was sentenced to 25 years in prison last year for the online threats and attempting to provide information to foreign terrorist organizations.

Beyond taking aim at Stone and Parker, CNN reports a counter-terrorism official referred to Revolution Muslim as the "top catalyst for radicalization for violence in the United States" over the last several years. (Source)

Why did he flee didn't he believe his god could save him?


What a wicked and faithless generation!!!!!

Good to see there is a real penalty for thuggish behavior against free speech.