While CAIR complains about Islamophobia (in a country where Muslims are free to proclaim their faith from the rooftops), a Christian pastor is about to be executed by the Iranian government for leaving Islam and preaching to Muslims. 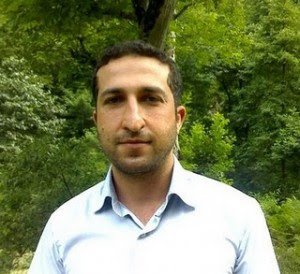 TEHRAN, Iran (Worthy News) — An Iranian pastor, convicted of apostasy and sentenced to death, may have only hours or days to live, according to a US-based Christian ministry acquainted with the facts of his case.

Jason DeMars, of Present Truth Ministries, told ANS: “We have been notified that the conviction of brother Youcef Nadarkhani for apostasy, as well as the sentence of death, has been upheld and confirmed by the Iranian Supreme Court.

“The way that this situation is typically handled is that at any time, and without advance notice, they will carry out the death sentence. First, they will ask him to recant, and if he does not, then he will be executed.”

DeMars says: “There is nothing more to be done to help his case from within Iran. The only thing that can affect his case now is international pressure.

“I ask that each of you earnestly pray and follow what God calls you to do. We know that we are called to be faithful unto death and that many are killed for their faith everyday around the world, but as Christians let’s do what we can for Youcef, pray for him and raise our voices against the Iranian regime.”

Youcef Nadarkhani is 33-years-old and from Rasht, in the Gilan province of Iran.

For the past ten years he has been a pastor in a network of house churches. He was previously imprisoned in December of 2006, the charges being apostasy (leaving Islam for Christianity) and evangelism (spreading the message of the Gospel of Jesus Christ), but was released two weeks later.

Youcef is married and has two sons, ages 8 and 6. They were attending a local school when the government decided that all children should be taught about Islam, including those from Christian families.

Youcef went to the school and protested this based on the Iranian Constitution, which allows for freedom to practice religion. As a result, the secret police called him before the political tribunal in Rasht, Iran on October 12, 2009. At that time he was arrested, charged for protesting, and has been in prison in Lakan (which is seven miles south of Rasht) ever since. Later the charges were changed to apostasy and evangelism to Muslims.

DeMars told ANS that throughout this time he has had access to an attorney, and has been allowed visits from his wife, children, and friends.

“However, for the first month in prison and two weeks before his trial up until now the visits and meetings with his attorney have been limited. They have used various methods to try to convert him back to Islam, including giving him pills, apparently in an attempt to claim that he was insane.”

Because Youcef’s faith remained strong, Iranian authorities decided to arrest his wife in order to place more pressure on him. On June 18th, Fatemah Pasindedih was arrested and placed in prison in Lakan.

DeMars said: “During this time their boys went to live with a relative. Both Youcef and his wife Fatemah were threatened by authorities that their children would be taken away and given to a Muslim family.

“Youcef was not swayed to turn back to Islam, so his wife was put on trial without an attorney, and sentenced to life in prison. An attorney was later hired and the sentence appealed. The sentence and conviction were overturned and she was released.”

On September 21 and 22, 2010, Youcef was put on trial, and verbally given the sentence of death. A written verdict was delayed and then delivered, on November 13, 2010, by the 1st Court of the Revolutionary Tribunal. He is to be executed by hanging for the crime of apostasy. Twenty days are allowed to appeal the sentence with the Supreme Court of Iran.

DeMars said Youcef is now in the secret police security prison in Lakan. He has been held in solitary confinement. Recently he has been allowed visits from his attorney and wife once a week.

DeMars concluded: “Please contact your elected officials using the principle of the Importunate Woman of Luke 18:1-8 who had the judge listen to her because she continued to bother him. Please help us as we tirelessly fight against this conviction against our brother.

“It is critical that we continue to pray for Pastor Youcef and make our voices heard. Please reach out to your elected officials and to the international news media so that Youcef’s fate will come to light.”

For more on the Islamic penalty for apostasy, watch this video:

Lord please be with this brave brother during this difficult time. I pray that he is given courage and comfort and that his bravery will be an example to Christians around the world.

I wish Broadcasting Networks can zoom in more into this. Really sad. My heart goes out to this brother and his family may our dear God guide and protect this dear brother in Christ

I've been following this through Voice of the Martyrs and praying. This man is the same age as my husband.

@neil and the Lord,
Amen. And also be with his family and protect his wife and children and if it is within your will please spare his life.

America needs to wake up and quit allowing this to be swept under the rug.

Your being ridiculous, you should respect other peoples cultures not knock them. It's you and your ilk that would have whined on to the Roman authorities when Christian's were thrown to the lions. You should be grateful that, soon you wont have to go on holiday to enjoy these rich and exotic cultures - they'll be coming to you.

May God grant our brother mercy and the strength to endure.

@john who are you talking to? I was being sincere. I've been praying for him all morning long.
Maybe it was my last statement. America does need to wake up and christians in this country need to understand this. is. happening.
God bless brother.

I think he will be executed but the day is coming when Islam will collapsed in Iran and everywhere,the negative aspects of the Koran and Muhammad are simply too much for 21th century to accept.

David is it possible to go to www.whitehouse.gov and ask for the president to intervene or not?

Sorry if it sounds stupid or idealist in some way.

Hey Deleting no worries I hadn't seen your comment when I made mine (and I wasn't talking to anyone in particular).

I pray for this guy that they show compassion and release him and strength for his family.

Dear Deleting.. the whitehouse wouldn't help the president is one of them killers!!

My prayers and yours can change his fate... never give up the hoppe...

Hey David,
How about a petition with Amnesty International?

Let's pray this is the final decision and that he will be released to his family. May the Lord keep them safe.