John 17:5: An Affirmation of Christ's Deity? 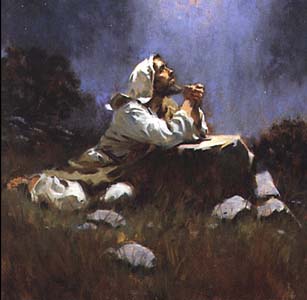 John 17:5 is a text I have often used to support the deity of Christ from the gospels. In this verse, Jesus says,


And now, Father, glorify me in your own presence with the glory that I had with you before the world existed.

The significance is that God Himself, in Isaiah 42:8, declares,


I am the Lord; that is my name; my glory I give to no other, nor my praise to carved idols.

Yahweh, therefore, shares His glory with no-one. And yet Christ claims to participate and share in the glory of the Father. The implication is that the Son must be one in essence with the Father.

A popular objection to this reasoning from Muslims as well as Biblical Unitarians is that, in John 17:22, Jesus says to His Father,


The glory that you have given me I have given to them, that they may be one even as we are one

By extension of the logic, it is argued, would this not render the disciples part of the essence of Yahweh as well? Since this is an absurd conclusion, it is argued that the argument should be rejected.

How then should a Trinitarian go about answering this objection? There are in fact two kinds of glory that Jesus is referring to in this text -- His divine glory that He had before the world was created; and the glory that He had while in the world. The former of those categories he shares only with the Father and Holy Spirit.


This, the first of his signs, Jesus did at Cana in Galilee, and manifested his glory. And his disciples believed in him.


Now a certain man was ill, Lazarus of Bethany, the village of Mary and her sister Martha. It was Mary who anointed the Lord with ointment and wiped his feet with her hair, whose brother Lazarus was ill. So the sisters sent to him, saying, “Lord, he whom you love is ill.” But when Jesus heard it he said, “This illness does not lead to death. It is for the glory of God, so that the Son of God may be glorified through it.”


As you sent me into the world, so I have sent them into the world. And for their sake I consecrate myself, that they also may be sanctified in truth. “I do not ask for these only, but also for those who will believe in me through their word, that they may all be one, just as you, Father, are in me, and I in you, that they also may be in us, so that the world may believe that you have sent me. The glory that you have given me I have given to them, that they may be one even as we are one, I in them and you in me, that they may become perfectly one, so that the world may know that you sent me and loved them even as you loved me.


Truly, truly, I say to you, whoever believes in me will also do the works that I do; and greater works than these will he do, because I am going to the Father. Whatever you ask in my name, this I will do, that the Father may be glorified in the Son. If you ask me anything in my name, I will do it.

Now, how do I know that the other glory is reserved for God alone, and is not given to the disciples? Take a look at John 17:24:

Therefore, Jesus says that His disciples will behold His glory, not possess it.

In summary, there are two sorts of glory spoken of in John 17: one which is shared with the disciples and one which is not, and which is reserved for God alone. Jesus' claim, therefore, to participate in and share the glory of the Father is a direct affirmation of His deity.
Posted by Jonathan McLatchie at 7:40 PM

Email ThisBlogThis!Share to TwitterShare to FacebookShare to Pinterest
Labels: Deity of Christ

A remarkably poor argument. For one thing, this bit obviously imports later, Nicene ideas back into John:
"The implication is that the Son must be one in essence with the Father."

For another, if you really think that the Father absolutely refuses to share his glory with anyone else, then your conclusion must be that Jesus and the father are one and the same self. You should not want to say that! Further, a major New Testament theme is God's (ie the Father's) glorification of his son!

Finally, you seem not to know that there is a strong case to make that 17:5 is really about God's foreknowledge, not Jesus remembering the good times of days gone by. On this topic, see you the trinities podcast episodes on pre-existence.