Is Sharia Law Coming to Canada? The Battle for Free Speech 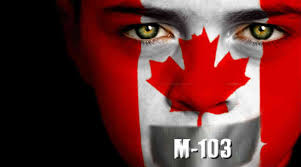 The Canadian Parliament will be voting either this Wednesday of Thursday on Motion 103 which seeks to condemn all forms of Islamophobia. The problem is, the term Islamophobia is never defined. The Canadian Charter of Rights and Freedom already guarantees freedom of religion, as well as freedom of opinion, expression and so forth. The Criminal Code of Canada also protects various groups of people from hate crimes which includes Muslims, Christians, Jews, and all religious groups. So why do we need this Motion to give special status to Islam which in fact contravenes the Canadian Charter? Why not also include Judeophobia, Christophobia, and Hinduphobia? Why does Islam receive special rights? The 57 member state organization (all of which are Muslim countries) called the Organisation for Islamic Cooperation (OIC) also wanted to pass a resolution at the United Nations making Islamophobia an offence. For more information on the OIC and Islamophobia click here. A number of videos addressing this issue were put together with two of my colleagues Rev. Sule Prince, and Dr. Scott Masson, We would appreciate your prayers as Canada as a nation is entering a very dangerous point in our history, If you are a Canadian and would like to sign an online petition to stop Motion 103 please click here.

If it happens it will be very sad. Very sad to make any law based on a prophet who has got a divorce EVEN FROM ALLAH. EVEN ALLAH SAYS MUHAMMAD IS FALSE PROPHET


Would you say that after having repeatedly bitten and dying that human fear of poisonous snakes is rational? why then is fear of an ideology that calls for lthe death, destruction and subjugation of infidels and 30,000+ terrorist attacks committed in the name of this religion Be considered irrational?
"... if you wish to determine who rules over you, find out who you are not allowed to criticize..." Voltaire...

According to the news, the Member of Parliament who proposed the motion says that she fears for her safety because of "hate mail" now, which is no good, because now it looks bad on people who oppose the motion.

Just saying that when we want to speak our minds, it would help to say the truth in a way that is loving, which would not exclude anger, but repurpose it, is
According to BuzzFeed(https://www.buzzfeed.com/ishmaeldaro/canada-motion-103-conspiracies), there is a video of her on Facebook introducing it by talking about times kids at school yelled at her to "go home" or something.


Point: we, as Christians criticising Islam, need our speech "seasoned with salt", and we need the biblical kind of meekness (not weakness), a fruit of the Holy Ghost in our lives, y'know?

I understand that the term is so poorly defined by the motion, and I do understand what it risks setting in place.

. John 14:20, On that day you will realize that I am in my Father, and you are in me, and I am in you.
John 14:10,Don't you believe that I am in the Father, and that the Father is in me? The words I say to you I do not speak on my own authority. Rather, it is the Father, living in me, who is doing his work. John 10:30, I and the Father are one.” 31At this, the Jews again picked up stones to stone Him.…
John 5:43, I have come in My Father’s name, and you have not received Me; but if someone else comes in his own name, you will receive him. 44How can you believe if you accept glory from one another, yet do not seek the glory that comes from the only God?…