"Whoever Changed His Islamic Religion, Then Kill Him": The Penalty For Apostasy According to Islam


Tariq Ramadan, an Islamic scholar and writer, wants us to believe that Islam does not demand a death penalty for apostasy. Although he concedes that the ahadith reports Muhammad to have said  “Whoever changed his Islamic religion, then kill him,” (Sahih Al-Bukhari volume 9, book 84, no. 57) and other words to similar effect, Ramadan argues that such a penalty was to be applied only in cases of hostile or subversive attacks against the Muslim community, where perhaps an apostate would join the enemies of Islam, thereby committing treason. Ramadan concedes that his view that a Muslim is free to change his religion has been rejected by the vast majority of Muslim scholars throughout Islamic history.
Ramadan also issues a challenge to provide an example of Muhammad ordering a person’s death as a consequence of apostasy. Providing such an example is not difficult. 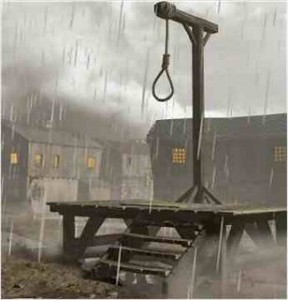 The Case of Abdullah ibn Sa’d
The first extant biography of Muhammad, Sirat Rasul Allah, was alleged to have been written in the middle of the eighth century by a man named Ibn Ishaq. We don’t in fact have Ibn Ishaq’s biography as it was originally penned. It was edited by Ibn Ishaq’s student, al-Bakka’i and later underwent further editing by Ibn Hisham in the ninth century. Since Ibn Ishaq is the earliest substantive source concerning Muhammad, it can probably be regarded as our best source of information about his life. That is not to say it is necessarily a reliable source.Indeed, it is my contention that the sources concerning Muhammad’s life enshroud him so thoroughly in legend that it is difficult to really say anything confidently about him. In this sort of discussion, however, we can work only with what is available, and Ramadan’s challenge assumes that we can look to these sources for information concerning Muhammad’s life. Tariq Ramadan, moreover, appears to take Ibn Ishaq seriously, since in his book In the Footsteps of the Prophet: Lessons from the Life of Muhammad he refers to the works of Ibn Ishaq and Ibn Hisham as being among the “classical sources”.
Had Tariq Ramadan opened up Sirat Rasul Allah 818, he would have read the following account pertaining to Muhammad’s conquering of Mecca:

The apostle had instructed his commanders when they entered Mecca only to fight those who resisted them, except a small number who were to be killed even if they were found beneath the curtains of the Ka’ba. Among them was Abdullah b. Sa’d, brother of the B. Amir b. Lu’ayy. The reason he ordered him to be killed was that he had been a Muslim and used to write down revelation; then he apostasized and returned to Quraysh and fled to Uthman b. Affan whose foster-brother he was. The latter hid him until he brought him to the apostle after the situation in Mecca was tranquil, and asked that he might be granted immunity. They allege that the apostle remained silent for a long time till finally he said yes. When Uthman had left he said to his companions who were sitting around him ‘I kept silent so that one of you might get up and strike off his head!” One of the Ansar said, “Then why didn’t you give me a sign, O apostle of God?” He answered that a prophet does not kill by pointing.

Ultimately, Abdullah ibn Sa’d was not executed for his apostasy, but Muhammad is certainly portrayed here as having given the order for his death. Uthman ibn Affan was a companion of Muhammad’s, and Uthman’s intercession was a major contributing factor to Ibn Sa’d being granted immunity. But even though Muhammad granted immunity to Ibn Sa’d, he did so reluctantly, and was evidently also hoping that one of his companions would “get up and strike off his head.”
If one continues reading, it is also clear that the deaths of others were also ordered for the crime of apostasy. Muhammad even ordered the deaths of two girls for singing satirical songs about him. One of them was killed and the other was granted immunity.
One can scarcely envision the role models of Christianity — Jesus, Paul, Peter — behaving in this way. Indeed, Jesus said to “Love your enemies and pray for those who persecute you,” (Matthew 5:44).
Tariq Ramadan’s Handling of the Hadith Is Also Questionable
What about Tariq Ramadan’s interpretation of the hadith sources? Does it hold water? Ramadan only mentioned one of the ahadith that addresses this issue, but there are various others. In Sahih al-Bukhari volume 9 book 83 no. 17, for example, we read:

Narrated Abdullah: Allah’s Messenger said, “The blood of a Muslim who confesses that none has the right to be worshiped but Allah and that I am His Messenger, cannot be shed except in three cases: in Qisas (equality in punishment) for murder, a married person who commits illegal sexual intercourse and the one who reverts from Islam (Apostate) and leaves the Muslims.

Narrated Abu Burda, “Abu Musa said…..Behold there was a fettered man beside Abu Musa. Muadh asked, “Who is this (man)?” Abu Musa said, “He was a Jew and became a Muslim and then reverted back to Judaism.” Then Abu Musa requested Muadh to sit down but Muadh said,“I will not sit down till he has been killed. This is the judgment of Allah and his messenger,” and repeated it thrice. Then Abu Musa ordered that the man be killed, and he was killed.

There are other ahadith which could be cited, and such traditions are not by any means limited to Bukhari. The death penalty for apostasy is also spelled out by Ibn Majah, An-Nasai, Malik, Abu Dawud and Tirmidhi. It seems to me to be a stretch, to say the very least, to contend that Muhammad only ordered the deaths of apostates who sided with the enemies of the Muslim community. There is nothing in the text to indicate this — there are no qualifications or caveats given.

Muhammad had coerced various tribes into joining Islam. Following his death, many of these tribes no longer wanted to be under Islamic rule, and apostatized from Islam. The first of the rightly-guided Caliphs, Abu Bakr, waged war upon them (what has become known as the apostasy wars). I invite any interested person to read Al-Tabari’s History volume 10, which details the numerous attacks the Muslims made upon the apostates.

In summary, the view taken by the vast majority of Islamic scholars throughout history can be demonstrated from the earliest sources. Execution of apostates was something that Muhammad both taught and practised, and was a tradition continued after his death by those who succeeded him.
Posted by Jonathan McLatchie at 2:52 AM

If we talk about faith in something, then I prefer not to rely on religion, but to seek answers to questions by communicating with psychics. Moreover, I try to question all the information that I get from a psychic. I always wonder can psychics be wrong about relationships , for example, because a psychic can't be 100% right. You should always doubt his words.