Harlem Suarez lived a double life. On one Facebook page, he loved partying. On his other Facebook page (under the name "Almlak Benitez"), he praised ISIS and contacted other Muslims about his plot to detonate a bomb on a Key West beach. 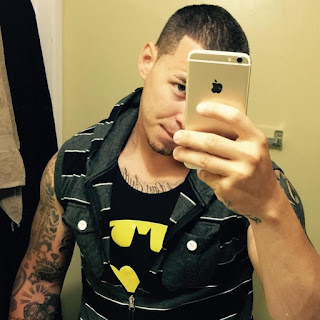 BBC—A 23-year-old man has been charged with planning to detonate a backpack bomb on a Florida beach, US officials say.

The US justice department said Harlem Suarez, also known as Almlak Benitez, has been charged with attempting to use a weapon of mass destruction.

He allegedly planned to bury a bomb containing nails at a beach in Key West and detonate it with a mobile phone.

Prosecutors claim he was inspired by the Islamic State militant group, which has called for attacks on the West.

According to the FBI, Suarez recorded a video in May in which he said: "We will destroy America and divide it into two. We will raise our black flag on top of your White House and any president on duty."

Officials say he first came to the attention of the FBI in April after posting extremist messages on Facebook.

He was caught after buying a fake device from an FBI agent in a sting operation on Monday.

Several young men have been arrested in the US in recent months, with many plotting attacks in the name of the Islamic State group. (Source)

To understand why Suarez decided to wage jihad, watch this:

he has certainly gotten a mistranslate version of qu'ran ;)