Allah and Muhammad on the Setting of the Sun 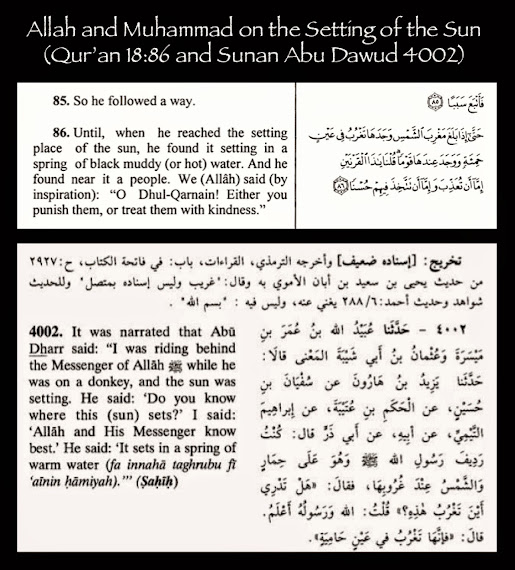 For more on Islam and the setting of the sun, watch this:

Lol. That interpretation makes no sense. Think about it. He traveled to a specific place where he found a specific group of people. So this is a geographically unique place and it is identified as the place where the sun sets.

You can see the reflection of the sun setting in any pond or even a bucket of water anywhere!