The official position of the Obama Administration is that terrorist attacks are the result of joblessness and poverty. Again and again, however, we see wealthy, educated Muslims becoming terrorists. Our leaders are denying reality. 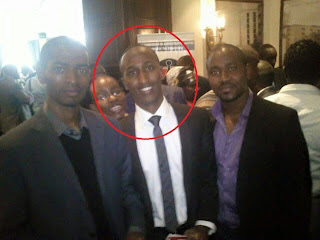 GARISSA, Kenya (AP) — One of the gunmen who slaughtered 148 people at a college in Kenya was identified Sunday as the law-school-educated son of a Kenyan government official, underscoring the inroads Islamic extremists have made in recruiting young people to carry out attacks against their own country.

Abdirahim Mohammed Abdullahi, who was killed by security forces Thursday along with the three other militants who stormed Garissa University College, was the son of a government chief in Mandera County, which borders Somalia, Interior Ministry spokesman Mwenda Njoka told The Associated Press.

The chief had reported his son missing last year and feared he had gone to Somalia, Njoka said.

Somalia's al-Shabab militant group claimed responsibility for the bloodbath, saying it was retribution for Kenya's sending of troops to Somalia to fight the extremists. The attackers separated Christian students from Muslim ones and massacred the Christians. (Continue Reading.) 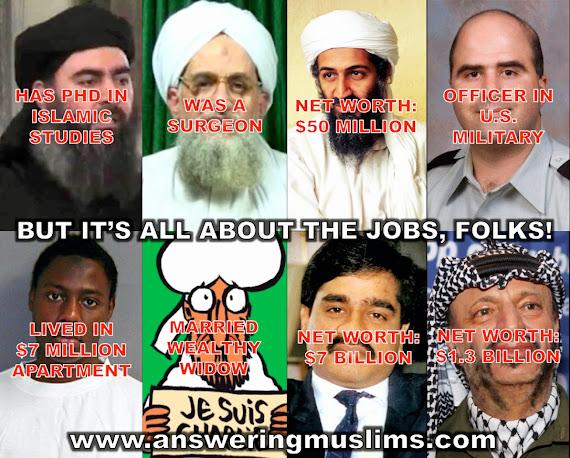 Would you like to share your expert comments on the below article by Huffington Post India, i.e we have to accept that isis is not islamic to defeat them?

President Obama knows it very well who the Muslims are. His father’s family are devote Muslims and he spent his childhood in Muslims countries like Indonesia.

Hypocrisy is Islamic tradition learnt from Muhammad. For example when Muhammad wanted to marry his adopted son’s beautiful wife he produced a surah showing his Allah’s approval to fool his followers to avoid revolt from them for his adulterous behavior. All Muslim political leaders in Muslim countries use this technique to fool their voters and keep them in dark. President Obama used the same technique to fool civilized world as well as to please 1.2 billion Muslims at the same time.

By this stupid understanding about Muslims, American taxpayers are losing billions of dollar fighting against terrorists and innocent Christian bloods are shedding daily.

False strategy encourage sleeping Muslims to be active in Jihad and believe they are right.

Secularism/leftism is what fuels ISIS. The perceived choice is between secularism and Islam.

To my opinion Afghan war with Soviet Union was mutual benefit for both Muslim and America to fight against spread of Communism in South Asia.

But Muslims have no gratitude for America who helped Afghan Muslims to drive out Soviet Union communist Army from Afghanistan. After defeating Communist Army, instead of working together as partner with America to develop Afghan people, stupid Muslims around the world had bigger ambition to establish evil empire Islamic Umma and took arm against powerful America thinking they can defeat America alone as they did to Soviet Union. They forgot America’s help in defeating Soviet Union. They thought Allah did it and their Allah would defeat America too.

There is no religious motivation by ISIS as suggested by Huffington Post India is totally wrong. Huffington Post forgot that Islam is both religious and political universal party for Muslim Umma. Muhammad the founding father of Islam was a notorious warrior as well as prophet of Islam.

Muslims do not know Heaven of God and this World are two different places. Politics and Religion cannot mix together. Thus Jesus Christ taught Christians to give what belongs to Government (King) and to give God what belongs to God.

To defeat ISIS without bloodshed, Muslim must be aware of that God does not need people’s help to spread His Kingdom. They should separate Islam from Politics from all Muslims countries. They should declare fatwa against all terrorists as well as those who support them with money and man power, as enemy of their Allah.

I am sorry for your situation, I know I'd be afraid too. Yes, these terrorist tactics will backfire in the long-run...in the meanwhile I will keep you in my prayers.

Just curious what would you do in that situation, hypothetically speaking (God forbid)?

I love your answer.
I often think about those scenarios which can happen anywhere and resolve to be brave when the time comes. Also reminds me to stay aware of my surroundings.