This is getting really close to home. I live in the Bronx, and I go to church in Queens. The Muslims arrested said they were willing to launch an attack here in the U.S. 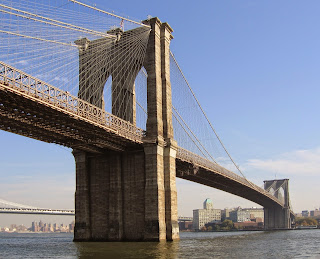 Brooklyn (WABC)—The FBI has taken 3 Brooklyn men into custody for allegedly plotting to join ISIS and help the terror group in the U.S. if they could not get overseas.

The suspects will appear in federal court in Downtown Brooklyn this afternoon. The 3 men are charged with providing material support to ISIS.

Officials say Juraboev and Saidakhmetov first came to the attention of law enforcement during the summer of 2014 after they expressed their online support for the establishment by force of an Islamic caliphate in Iraq and Syria.

Saidakhmetov intended to commit acts of terrorism on American soil if they were unable to travel abroad to join ISIS, according to authorities. In an August 2014 posting on an Uzbek-language website that propagates ISIS's ideology, Juraboev allegedly offered to kill the President of the United States if ordered to do so by ISIS:

"I am in USA now ... But is it possible to commit ourselves as dedicated martyrs anyway while here? What I'm saying is, to shoot Obama and then get shot ourselves, will it do? That will strike fear in the hearts of infidels."

A week later, FBI met with Juraboev twice. He allegedly told them that he believes in ISIS' terrorist agenda, and that he would like to go to Syria to fight with ISIS "if Allah wills." He also told them he would harm POTUS if he could, based on president's role in killing Muslims, his support for Israel, and recent bombings of ISIS. Juraboev allegedly said he didn't have an imminent plan to harm Obama, but that if anyone within ISIS told him to, he would. (Source)

To understand why these Muslims wanted to wage jihad, watch this:

@ Osama Abdullah, and all Muslims,

It is true that Islam cannot be judge by personal character like Osama Abdullah or any other Muslims, isolated case like this. But judging Islam by their Allah, his prophet Muhammad, and his teaching in Quran is right way of evaluating Islam as religion. Likewise Christianity is judge by its trustworthy, teaching and acts of Jesus Christ as written in the Bible is right way of evaluating Christianity, not by my personal behavior.

Osama Abdullah, since September 11, 2001 world is judging Muhammad and his Allah as written in your glorious Quran by all these heinous crime against humanity, not by a particular Muslims. Can any Muslims refute command of their Allah as written in Quran to kill non-Muslims, Jews and Christian?

The Synchronicity where Muhammad complained that the pain he felt was like his aorta had been cut...proves that Islam is a fake religion...it is a cult just like any using murder with threats of violence and coercion to enforce its existence.
For those who do not know the meaning of Synchronicity it is a coincidence so meaningful that statistical explanation appears impossible. It is the language of God demonstrating that the Physical universe sits atop the immense Spiritual universe.

"Can any Muslims refute command of their Allah as written in Quran to kill non-Muslims, Jews and Christian?"

Let's see how much of a clown you truly are. Produce the Noble Verses that support this claim of yours.

***** Produce the Noble Verses in full. Don't just cut a sentence out here and there.

very few malaysia muslim also support them,now muslim ngo giving out free quran. they follow up the family and they cant trow it away cuz you know/ you will know.... sad T.T some say they assume you are muslim once you take the quran .im not sure whether will they change their ID card or not.

Osama Abdallah and you your self cant Produce the Noble Verses in full in order to correct what he has said is wrong? your act is not a leader but misguidance.peple will think you cant provide instead of he is wrong dude.

Wherein is contained the commands to fight the unbelievers (both people of the book and polytheists) for all time ..." that He {Allah} might cause it {Islam} to prevail over all religions" I highly recommend EVERYONE read this surah in whole.