According to the Obama Administration, all these jihadists need is a job. 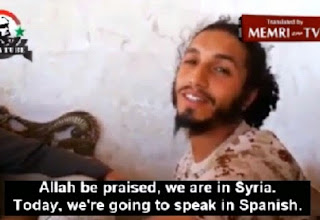 Like other European countries, Spain has stepped up efforts to prevent citizens being radicalized and recruited to Islamist groups in Syria or Iraq since the attacks on the satirical newspaper Charlie Hebdo in Paris last month.

Two of those were arrested in the Spanish North African enclave Melilla and ran web pages promoting the cause of various groups, especially Islamic State, translating material into Spanish, ministry said in a statement.

As well as running webpages, the two alleged Melilla recruiters organized meetings where they showed videos and material from Islamic State designed to persuade young Muslims from Western democracies to become jihadists.

Some of those who attended the meetings had already begun to prepare to go to militant areas, the ministry said. (Continue Reading.) 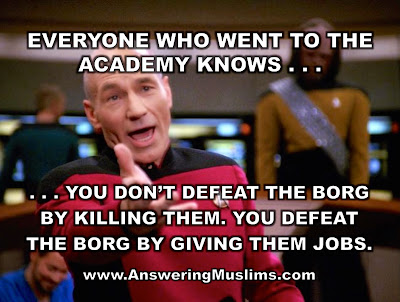