Al Qaeda used to plan grand bombings, but I've always been more worried about the day when Al Qaeda starts sending in gunmen. The bombings require so much planning that they're easier to stop. It's hard to catch shooters before they start shooting. 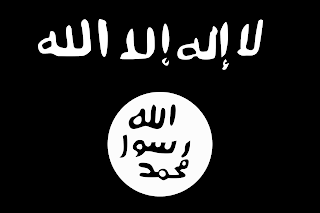 Fox News—A member of Al Qaeda's branch in Yemen said the group directed the massacre at a Paris magazine, hours after near simultaneous raids by French police on Friday killed the two Islamist brothers behind the attack and an ally of theirs.

The raids, conducted at locations 25 miles apart, took out Cherif and Said Kouachi and a suspect in a policewoman's killing who had seized hostages at a Paris grocery on the brothers' behalf, but also left at least four hostages dead, according to authorities and reports from the scene.

The Al Qaeda member on Friday provided to The Associated Press a statement in English saying "the leadership of AQAP directed the operations and they have chosen their target carefully."

There was no independent confirmation of the report.

He said the attack was in line with warnings from the late Al Qaeda leader Usama bin Laden to the West about "the consequences of the persistence in the blasphemy against Muslim sanctities." (Continue Reading.)