As Iranian President Hassan Rouhani lectures Western leaders on human rights, and as Western leaders continue to defend and promote Islam, Iran is executing people for reinterpreting stories in the Qur'an.

The pattern runs as follows. (1) Iranian authorities arrest a person on charges of heresy, blasphemy, apostasy, or spreading corruption. (2) If there is no public outcry from Western nations, the person is executed on these charges. (3) If there is a public outcry, Iranian prosecutors add additional charges that can't be proven. (4) As soon as Western nations get bored and are no longer paying attention, the person is executed. 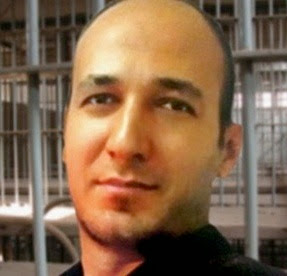 The Guardian—A 37-year-old man has been executed in Iran after being found guilty of heresy and insulting prophet Jonah, according to human rights activists.

Mohsen Amir-Aslani was arrested nine years ago for his activities which the authorities deemed were heretical. He was engaged in psychotherapy but also led sessions reading and reciting the Qur’an and providing his own interpretations of the Islamic holy book, his family said.

Amir-Aslani was hanged last week for making “innovations in the religion” and “spreading corruption on earth”, but human rights activists said he was a prisoner of conscience who was put to death because of his religious beliefs. He had interpreted Jonah’s story in the Qur’an as a symbolic tale.

Iran’s judiciary, which was responsible for the handling of his case, has since denied that Amir-Aslani’s execution was linked to his religious beliefs.

Instead, the authorities allege that he had illicit sexual relationships with a number of people who participated in his sessions and the type of activities he was involved in did not follow an official interpretation of the religion. It was not clear if Amir-Aslani had official permission to conduct his sessions.

“Mohsen held sessions in his own house dedicated to reciting the Qur’an and interpreting it. He had his own understandings [of the religion] and had published his views in the form of a booklet and made it available to his fans,” an unnamed source told the New York-based group, the International Campaign for Human Rights in Iran (ICHRI).

According to the source, Iran’s ministry of intelligence was behind Amir-Aslani’s arrest. “He was initially held for making innovations in Islam and providing his own interpretations of the Qur’an but later he was accused of insulting prophet Jonah and also faced accusations of having sex outside marriage,” the source said. “They alleged that he had sexual relationships with a group of the people who participated in his classes.”

Iran’s judiciary has presented little evidence in public relating to the allegations of illicit sexual activities. The judge who presided over his case, Abolghassem Salavati, is known in Iran for leading numerous unfair trials, including many that resulted in execution.

Amir-Aslani’s wife, Leila, told the opposition website Roozonline that she was hoping a high court would strike down his conviction but his sentence was eventually upheld. She told Roozonline that his conviction stemmed from his religious views and no evidence was presented to back up the charges related to his alleged sexual activities.

Iranian authorities are sensitive towards those practising Islam in ways not conforming to the official line. In recent years, several members of Iran’s Gonabadi dervishes religious minority have been arrested and are currently serving lengthy prison terms. (Continue Reading.)

The Iranian authorities didn't even have the decency to admit that they murdered him because of religious reasons. Instead they pinned on him some trumped up charge concerning sexual innuendo. They are truly without honor.

Dr. Kourosh Aryamanesh a core muslim killed because of his belief about the religion of peace "the murder in Isalm" in his own country Iran.