Dozens of Christians Arrested at Prayer Meeting in Saudi Arabia

Politicians and the media continue to insist that Islam is a religion of peace and tolerance. Meanwhile, Christians in Saudi Arabia are being arrested for praying. 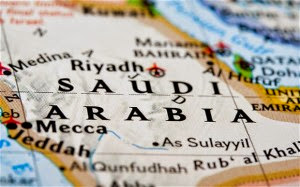 FoxNews—Dozens of Christians arrested at a prayer meeting in Saudi Arabia need America's help, according to a key lawmaker who is pressing the State Department on their behalf.

Some 28 people were rounded up Friday by hard-line Islamists from the Commission for the Promotion of Virtue and Prevention of Vice in the home of an Indian national in the eastern Saudi city of Khafji, and their current situation is unknown, according to human rights advocates.

"Saudi Arabia is continuing the religious cleansing that has always been its official policy," Nina Shea, director of the Washington-based Hudson Institute’s Center for Religious Freedom, told FoxNews.com. "It is the only nation state in the world with the official policy of banning all churches. This is enforced even though there are over 2 million Christian foreign workers in that country. Those victimized are typically poor, from Asian and African countries with weak governments."

In Friday's crackdown, several Bibles were confiscated, according to reports from the Kingdom.

Rep. Frank Wolf, R-Va, told FoxNews.com he will press the U.S. ambassador in Riyadh and the State Department to assist the arrested Christians.

“I hope our government will speak up,” said Wolf, adding that the anti-Christian raid was not surprising given that the Saudi regime “did not want our soldiers to wear crosses during the Desert Storm” operation in 1991 to stop Iraqi jingoism. (Continue Reading.)

For more on the Islamic view of non-Muslims, watch this:

They are not "Islamists", they are practicing Muslims following the Qur'an. There is no moderate or immoderate Islam. Islam is Islam and that's it.

But if the God of the Bible and of the Quran is the same God, as Muslims insist (“our God is the God of Jacob, Moses, Abraham etc.”), then why are Christians being arrested for praying to this God? Won't God be offended at those doing the arresting because they rudely interrupted others who were praying to Him?

Unless, of course, the God of the Bible and of the Quran is actually not the same God at all, and the Islamic claim of “our God is the God of Jacob, Moses, Abraham etc.” is just window dressing designed to help make it seem as though they are.

Allah of Islam sounds very different from the God the Father who is revealed to us through Jesus Christ.
How can the same God sacrifice His only Son for mankind but tell Mohammed he was entitled to marry a five year old or have sex with as many captured women as he liked and that it was justified to tear apart a woman who insulted him.
Same God !!! Give me a break.