Women Being Stoned to Death by Rebels in Syria

The Obama Administration decided to back rebels against the Assad regime. Now women are being stoned to death in areas controlled by the rebels. The new face of American foreign policy is a stoning victim. 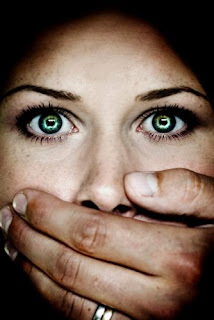 BEIRUT (AP) — A cleric read the verdict before the truck came and dumped a large pile of stones near the municipal garden. Jihadi fighters then brought in the woman, clad head to toe in black, and put her in a small hole in the ground. When residents gathered, the fighters told them to carry out the sentence: Stoning to death for the alleged adulteress.

None in the crowd stepped forward, said a witness to the event in a northern Syrian city. So the jihadi fighters, mostly foreign extremists, did it themselves, pelting Faddah Ahmad with stones until her body was dragged away.

"Even when she was hit with stones she did not scream or move," said an opposition activist who said he witnessed the stoning near the football stadium and the Bajaa garden in the city of Raqqa, the main Syrian stronghold of the Islamic State group.

The July 18 stoning was the second in a span of 24 hours. A day earlier, 26-year-old Shamseh Abdullah was killed in a similar way in the nearby town of Tabqa by Islamic State fighters. Both were accused of having sex outside marriage.

The killings were the first of their kind in rebel-held northern Syria, where jihadis from the Islamic State group have seized large swaths of territory, terrorizing residents with their strict interpretation of Islamic law, including beheadings and cutting off the hands of thieves. The jihadis recently tied a 14-year-old boy to a cross-like structure and left him for several hours in the scorching summer sun before bringing him down -- punishment for not fasting during the Muslim holy month of Ramadan. (Continue Reading.)

For a brief introduction to the treatment of women in Islam, watch this:

Email ThisBlogThis!Share to TwitterShare to FacebookShare to Pinterest
Labels: Syria, Women in Islam

Having sexual relations with anyone other than your wife is adultery. So these rebels who rape their captives should stone themselves immediately afterwards for committing adultery, otherwise they will also have hypocrisy added to their pile of sins.

all this pain is due to the 2003 iraq war, we (france) told usa were wrong about "terrorist saddam"