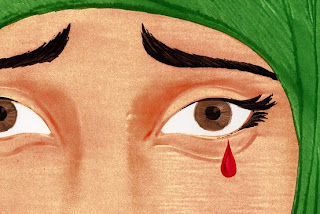 BEIRUT/TRIPOLI, Lebanon—The Internal Security Forces launched an investigation Friday after two minor Syrian brothers allegedly strangled their 24-year-old sister to death in what was said to be an "honor killing."

A security source in the northern city of Tripoli said the brothers – Adel and Nader Abdul-Qader al-Turk – claimed to have strangled their sister because she would constantly leave the house at night without them knowing where or who she was seeing.

A statement by ISF said the brothers, aged 13 and 16, were arrested on suspicion of involvement in the murder of their sister, only identified by her first name, Dayala.

ISF said the murder took place Thursday in the village of Didde, in the northern province of Koura.

It said Dayala's father arrived with his 16-year-old son at the police station in Dahr al-Ain, Koura, to report the killing.

The state-run National News Agency said the woman’s body had been found lying on the street near Frere school in Didde. (Continue Reading.)

In other news. Love Islamic Style.

A Jordanian couple have got married with the bride asking the groom to pledge giving her 65 heads of Syrian soldiers as her dowry, as a sign of support to the Syrian opposition.
- See more at: http://en.alalam.ir/news/1601608#sthash.tkWtMoUI.dpuf

Profane is as profane does.

What was the punishment after the father turned in his sons for killing his daughter? Anything?

Our cheap essay writing service USA writers have mastered how to write all the academic formats. This is one of the imperative aspects of why we have been rated the best custom paper writing company.