The U.S. still has faith in the "Arab Spring." What could go wrong? 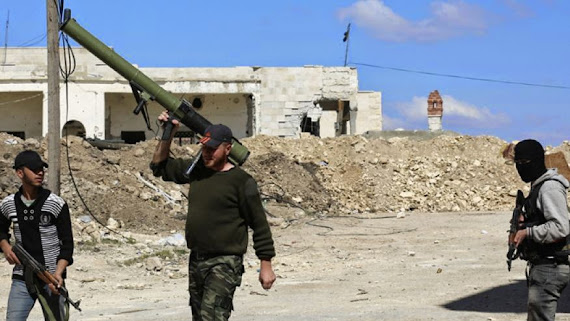 Fox News—The U.S. and Saudi Arabia have supplied Syrian rebel groups with a small number of advanced American antitank missiles for the first time in a pilot program that could lead to larger flows of sophisticated weaponry, people briefed on the effort said.

The new willingness to arm these rebels comes after the failure of U.S.-backed peace talks in January and recent regime gains on the battlefield. It also follows a reorganization of Western-backed fighters aimed at creating a more effective military force and increasing protection for Christian and other religious minorities—something of particular importance to Washington.

This shift is seen as a test of whether the U.S. can find a trustworthy rebel partner able to keep sophisticated weapons out of the hands of extremists, Saudi and Syrian opposition figures said. The U.S. has long feared that if it does supply advanced arms, the weapons will wind up with radical groups—some tied to al Qaeda—which have set up bases in opposition-held territory.

The White House would neither confirm nor deny it had provided the TOW armor-piercing antitank systems, the first significant supply of sophisticated U.S. weapons systems to rebels. But U.S. officials did say they are working to bolster the rebels' ability to fight the regime. (Continue Reading.)