According to the Qur'an, Muhammad is the pattern of conduct for Muslims (33:21). Muhammad married a child bride named Aisha when she was only six years old, and he had sex with her when she was nine years old. The result is that child marriage is rampant in Muslim countries. 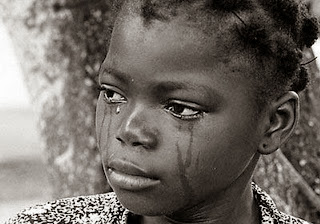 Daily Mail—A child bride forced into marriage in Nigeria killed her husband and three of his friends by lacing a meal with rat poison, police said.

But when Umaru invited a dozen friends to celebrate in northern Ungwar Yansoro village, near the city of Kano, the teenager slipped the deadly chemical into a rice dish.

Umaru died the same day along with friends Nasiru Mohammed and Alhassan Alhassan, while another female victim, Indo Ibrahim, died in hospital hospital while receiving treatment.

Wasila admitted buying the poison at a local market and putting it into the food.

'The suspect confessed to committing the crime and said she did it because she was forced to marry a man she did not love,' Majia said.

Umaru is cooperating with police and likely will be charged with culpable homicide, according to Majia.

Child marriage is common in Nigeria and especially in the mainly Muslim and impoverished north, where the numbers increase in times of drought because a bride price is paid and it means one less mouth to feed.

Fifty percent of Nigerian girls living in rural areas are married before they turn 18, according to the U.N. children's agency. (Continue Reading.)

Isn't the real crime the indoctrination of raping children?