Convert to Islam Shocked to Learn that Women Are Treated Differently

Hmmm. So this woman converted to Islam, but had no clue what Islam teaches about women? Then, after converting, she was surprised to learn that women are treated differently in Islam? Now she's disillusioned by what she's learned about Islam after converting? And she's also learned enough about Islam to know that she had better keep her real name secret? 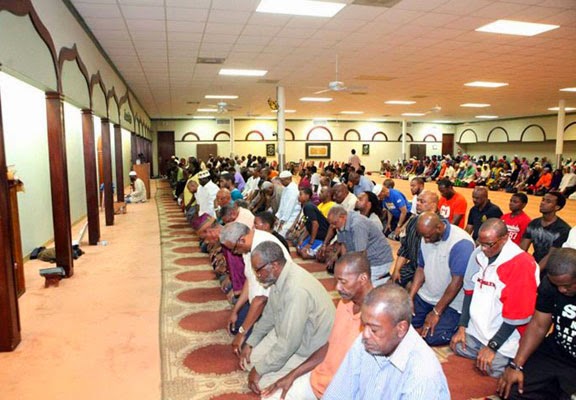 NEW YORK (WOMENSENEWS)—When Matea converted to Islam in December 2013 she looked forward to joining the life of her local mosques here. Today Matea, like many Muslim women, is disillusioned.

"When I first converted I wanted to be part of the mosque environment. But I went to mosques and what I found was sort of an unwelcome environment for women," she told Women's eNews during a discussion organized last week by Women in Islam, a New York-based organization working to empower Muslim women through knowledge and practice of Islam.

"The spaces are separated, there are different rooms and sometimes it was even in the basement," Matea continued. "And as a convert, it feels very strange to you. I used to go to church and everybody is part of the same community. You can see the preacher. You can hear the sermon very well."

Momentum is building to improve Muslim women's prayer spaces inside mosques. Last year, Hind Makki, a resident of Chicago who describes herself as an interfaith educator and community activist, launched the Side Entrance project on Tumblr and Facebook, inviting people from around the world to share photos of the mosques they attend and show the differences between male and female prayer areas.

"We show the beautiful, the adequate and the pathetic," says the Side Entrance's introduction on Tumblr.

Makki hopes the Side Entrance website will help more Muslim men realize the terrible state of Muslim women's prayer spaces and encourage them to join the women's call for action and change.

In an email interview, Makki said the key to improving women's treatment at mosques is to hold a broad discussion that includes religious leaders, mosque architects and lay Muslims.

"Every time I visit a mosque, I assume that I must enter through a side or back door, if I'm allowed in at all," Makki said. "I assume that my prayer space is not the one that men use and that I must look for signs directing me to a basement or a mezzanine floor. This has been the case in nearly every mosque I've visited in the U.S., Canada and Western Europe." (Continue Reading.)

For some basic information about the position of women in Islam, watch this:

Just checked in on Yahya Snow's blog. He has the usual rants against "Islamaphobes", but in his zeal to attack all thinks truthful he admits that Muslims do NOT think much if at all about woman.

Before he praises the work of "Side Entrance" something he would condemn as Islamaphobic if a Christian or Jew was working with the group. He makes the following excuses for the plight of the female worshipers of allah.

"One of the issues mosques in the West face is that many were set up by Muslim immigrant communities where due to a lack of space and funding women's facilities were overlooked or even under-looked.

He then foams at the mouth against "islamaphobes" but then restates his excuse...

"...the downsized facilities for women is not due to Islam - practical reasons such as cost, poor planning and decision making on the part of mosque committees are behind this issue."

So Yahya admits that non Westernized Muslims, who came from MUSLIM countries, could not afford and either poorly planned, or did not plan at all for female worshipers.

So there you have it folks, Muslims who were not influenced by western values, could not afford, did not plan, and made poor decisions when it came to female worshipers of allah.

However the Muslims that have been influenced by western values are only "SLOWLY" changing the plight of the poor female worshipers of allah.

I just emailed the journalist to explain why women are segregated behind men, and I also posted a comment on her YouTube video about the hijab.

Hopefully her eyes will be opened to the disgusting nature of Islam.


you have written an essay, very good, you wrote what you think. Now let me ask you some questions; hope you will answer them.

We will continue with this when you answer the above, and decide WHETHER QUARAN, MOHAMMED, ISLAM AND ALLAH ARE LEGITIMATE OR NOT.