The Obama Administration backed Libyan rebels against a largely secular (though admittedly evil) dictator. And now the Libyan government will be controlled by something far worse than Qaddafi. 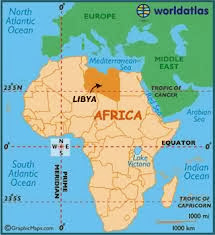 FoxNews—Libya's recent edict that its coming constitution will be based on Shariah law has sent a chill through the North African nation's small Christian community.

Libya's Coptic Christians, who number about 300,000, or 5 percent of the population, were allowed to practice their faith under dictator Muammar Qaddafi. But since the strongman was ousted from power, and ultimately killed, Muslim fundamentalists have increasingly filled the power void. Last month, the national assembly voted in favor of making Koranic law, or Shariah, the basis of all legislative decisions, meaning Islam will shape all future banking, criminal and financial cases.

“Islamic law is the source of legislation in Libya,” stated the General National Congress in a statement released shortly after the vote was held. “All state institutions need to comply with this.”

A special committee has begun reviewing existing laws to ensure that they comply with Shariah, according to a recent report.

The emerging political and legal system's orientation, combined with the rise of militants in the oil-rich nation, has left Christians feeling like the promise of democracy in the wake of Qaddafi's fall has been broken.

“NATO went to war in Libya on the basis of a full democracy,” Patrick Sookhdeo, international director for human rights group The Barnabus Fund, told FoxNews.com. “But what we have ended up with is a fractured government in which religious extremism of the worst kind has now taken over the government.”

“The concern is that this conflict has produced the exact opposite of a democratic government,” he added. (Continue Reading.)