Child abuse certainly isn't unique to Islam, since parents of any background might abuse their children. However, Muslim parents do have a unique method of concealing abuse: the burqa. By forcing abused children to wear the burqa, Muslim parents can hide injuries from teachers and friends. With political correctness running wild, it's surprising that this teen was rescued. 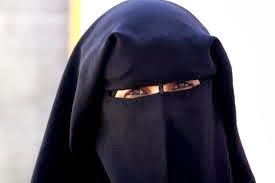 FoxNews—A Muslim teenage girl has been removed from her New Zealand home after authorities discovered she was being severely beaten by relatives who made her wear a burqa to cover up her injuries.

Police in the Auckland area believe the unidentified girl, 15, suffered a broken nose, damaged teeth, and other injuries at the hands of at least one family member over several months, according to a report in the New Zealand Herald. Members of the family’s Muslim community allegedly knew about the abuse and helped conceal it.

After enduring the facial injuries, police say the girl was kept home from school. A friend who was anxious about the girl’s absence asked around the community and learned of the abuse, prompting her to call police.

"The case was brought to police attention when a school friend of the girl was made aware of the abuse and was able to borrow a cell phone from another child at a neighboring school to call 111(911)," child protection officer Detective Sarah Boniface told the Herald.

"The girl was not able to get access to a phone herself," Boniface said.

When officers visited the victim’s home in November, she was allegedly told by family members to cover up with a burqa, leaving only her eyes exposed. The girl usually only wore a head scarf.

Police believe that family members were instructed to lie to investigators about the abuse, and felt their own safety threatened.

"At this stage it is clear that a number of members of the community were aware of the extent of the abuse and did not seek medical assistance for her injuries or alert authorities,” Boniface said. "This included people who were in positions of trust and who should have been relied upon to provide help."

Child, Youth and Family services removed the girl from her home and placed her in "secure care" with another Muslim family. (Continue Reading.)

I think this is an informative post and it is very useful and knowledgeable. therefore, I would like to thank you for the efforts you have made in writing this article.
العبايات