Tony Blair Shocks World By Stating the Obvious: "There Is a Problem within Islam"

I think there's more than one problem within Islam, but I'm happy to see an important politician acknowledge that something's not right here. 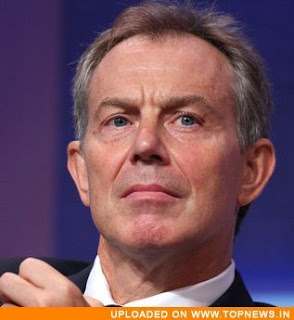 Daily Mail—Tony Blair today makes his most powerful political intervention since leaving Downing Street by launching an outspoken attack on ‘the problem within Islam’.

The former Prime Minister addresses the shocking killing of Drummer Lee Rigby in Woolwich by going further than he – or any front-rank British politician – has gone before over the issue of Muslim radicalism.

Writing in today’s Mail on Sunday, he departs from the usual argument that Islam is a peaceful religion that should not be tainted by the actions of a few extremists.

Instead, Mr Blair urges governments to ‘be honest’ and admit that the problem is more widespread.

‘There is a problem within Islam – from the adherents of an ideology which is a strain within Islam,’ he writes.

‘We have to put it on the table and be honest about it. Of course there are Christian extremists and Jewish, Buddhist and Hindu ones. But I am afraid this strain is not the province of a few extremists. It has at its heart a view about religion and about the interaction between religion and politics that is not compatible with pluralistic, liberal, open-minded societies.’

He adds: ‘At the extreme end of the spectrum are terrorists, but the world view goes deeper and wider than it is comfortable for us to admit. So by and large we don’t admit it.’ (Continue Reading.)

Never ever seen a Christian extremist, he's trying to soften the blow by defaming Christianity.

Thanks be to GOD. I said it some years back that lies may ascend with lift but truth will get there by using stairs. As we all know there no lie that can stand the truth. I am afraid muslims know it and that is the main reason why they cannot compete in the market of ideas.
"BETTER LATE THAN NEVER"
At long last one of the political leaders is out of the cage, I would like us to continue to pray to YAHWEH for more of them to come forward and even for more muslims leaders to be convicted and come to CHRIST openly.
PRAISE, HONOR, GLORY AND THANKS belong to YAHWEH for this move.
Thank you Dr. David for all you are doing.
I would like muslims to come forward with a solid refutation of Mr. Tony Blair & not empty condemnation without quotation as we have seen in the past please. You have an opportunity compete in the market of ideas.
MAY GOD YAHWEH BLESS US IN JESUS NAME AMEN.

Blair said something not dissimilar after 7/7, then went on as if nothing had happened.

Finally Tony Blair could not hide behind political correctness any longer. Praise God for that. Hopefully other world leaders will join him in stating the truth about Islam which is that there is something indeed wrong with Islam.

Well, this gives me some hope for humanity when a top British politician can overcome his craven tendencies.

I have no opinion on whether Mr. Blair sure apologize for Iraq, but he should certainly apologize for the immigration policies of his administration.

Can't imagine what the Muslims are thinking now, he was never liked for his part in the coalition.

Tony Blair spoke some Truth about Islam But he is an Idiot for saying Christian can be radical.

The More Radical a Christian is by following the example of Jesus Christ, the more peaceful is motivation will be.

The More Radial a Muslim is by following the example of Muhammad, the more militant and violent is motivation will be.