Politicians, the media, and Muslim organizations constantly assure us that Islam is a religion of peace and tolerance that has been hijacked by a tiny minority of extremists. Since there are only a handful of these extremists, and since they are being rapidly killed, we can all expect terrorism to end very, very soon–unless, of course, Islam promotes violence and terrorism, in which case killing these leaders will do nothing to stop the Jihad. (For more on Jihad, click here.) 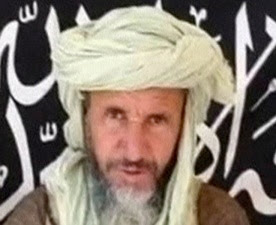 FoxNews – The death of a top Al Qaeda-linked warlord in combat with French-led troops represents a victory in the battle against jihadists who had a stranglehold on northern Mali. But it is far from the defining blow against a wily enemy that can go underground and regroup to renew itself. Even the fearsome Abou Zeid is replaceable.

A top commander of Al Qaeda in the Islamic Maghreb, Abou Zeid had been in the crosshairs of the French military and their African partners since they moved in to Mali on Jan. 11 to rout radicals seen as a threat to northwest Africa and to Europe. An announcement Saturday by the French president's office that Abou Zeid's death in late February has been "definitively confirmed" ends weeks of speculation about his fate.

Abdelhamid Abou Zeid, an Algerian thought to be 47, was a pillar of Al Qaeda in the Islamic Maghreb's southern realm, responsible for the death of at least two European hostages and a leader of the extremist takeover of northern Mali, which followed a coup d'etat a year ago. He joined a succession of radical insurgency movements in Algeria starting in the early 1990s and became known for his brutality and involvement in high-profile hostage-taking.

President Francois Hollande's office said the death of Abou Zeid "marks an important step in the fight against terrorism in the Sahel," the borderlands where the Sahara meets the sub-Saharan jungle, encompassing several nations where radicals are on the rise. (Continue Reading.)

Wonderful news, I am very happy about this..

Another evil and wicked servant of satan has entired to the fire's of hell.

Another day in the war against satan and his deen, al islam


I would guess that Mr Zeid is no longer saying Prohet Muhammad "Peace be upon him" but rather cursing his name now for all eternity for being fraud.

Mr Zied you would not listen to the True Prince of Peace,but to a lie instead, its now too late for you.

I say this in not in spite but in sadness

AND NOW FOR SOMETHING COMPLETELY DIFFERENT.....

PUL-LEASE!!!! Can you have Daniel B Wallace on Jesus or Muhammad? Pul-Lease!!
He's super smart! He's got an IQ! He's friends with Dr James White and I think they even do their bible studies together in Koine Greek!!

This dude's presentation on new testament preservation and history is awesome.

So is Dr. Whites, but he goes all technical and I have the attention span of a gnat!!!

But Dan could do the preservation of the Bible on Jesus or Muhammad and you and the assyrian encyclopedia could do the quran presenation!!!

As if all this wasn't enough....he looks like a younger version of Col. Sanders!

RyanS said, "I would guess that Mr Zeid is no longer saying Prohet Muhammad "Peace be upon him" but rather cursing his name now for all eternity for being fraud."

Funny how that goes ain't it?

(Yes, I recognized totally many hadiths contradict this teaching. I'm just reporting what she said which was probably what some random imam said)

It's almost like you want to say to them 'If you want to spend eternity with your prophet and your god, guess what? You will!

And you'll curse every moment of it!'

Rev 20:10 "And the devil that deceived them was cast into the lake of fire and brimstone, where the beast and the false prophet are, and shall be tormented day and night for ever and ever."

Muslims, seriously think hard about this. You don't want to come to the end of your life and find out you followed a lie.

The devil isn't some cartoon character. He wants to be LIKE GOD!
Don't you think he would try to pass himself off as such?

Proverbs 11:10 When it goes well with the righteous, the city rejoices. When the wicked perish, there is shouting.