Apparently, the news that Jihad is all about building friendships across the aisle hasn't reached Bangladesh:

Perhaps CAIR-Chicago and other groups will rush to Bangladesh to present the Islamists there with their Walt Disney version of Islam. That will certainly make things safer for everyone. 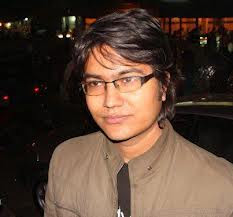 BANGLADESH--An atheist blogger in Bangladesh has been stabbed repeatedly by three suspected Islamist fundamentalists and is currently in critical condition in a local hospital.

Asif Mohiuddin, 29, was attacked earlier this week as he was leaving work at night in Dhaka, when a group of unidentified men jumped him and stabbed him repeatedly. Mohiuddin is one of the nation's most well-known atheists, and runs a Bengali blog titled "Almighty only in name, but impotent in reality," which is one of Bangladesh's most visited websites.

"We operated on him for more than three hours. He is improving but still not out of danger. He has six deep cuts including two grave ones in the shoulder," Haridas Saha, a surgeon at Dhaka Medical College Hospital, told AFP News agency.

The news has been met with widespread condemnation especially among secularists, who are demanding that the Muslim-dominated country, where Islam is a state religion, do more to protect the human rights of its citizens. Although the perpetrators have not yet been found, many suspect that Mohiuddin's atheist posts and his commentaries on free speech and human right issues are most likely the reason for the attack. (Continue Reading.)

AH YESSSS!!!!!! The religion of lunatics.

He he, My Jihad is to stab those who do not acknowledge the true religion on Islam.

David, since Muslims believe that everyone born in this world was a really born a Muslim until we revert, how can we be Islamophobes?

Following Muslim logic, We are all EX-MUSLIMS, not Islamophobes....lol

I will pray happily for Asif. He is innocent, and even though he does not believe, I believe in him.
Lord and Redeemer of all humanity, help this young person heal.
Islam is profane because it creates and maintains great injustice in the world.
The crime against Asif is just one more instance among millions, perhaps billions of them.

They sent a message to Asif, "Believe or else we will arrange your meeting with Allah sooner." Christianity sends a message, "Every breath you take is a gift from God whether you rebel against Him or not. Repent and believe now for the day of judgement is at hand. You will stand before him someday. Will you stand before Him clothed in Christ's righteousness?"

They sent a message to Asif, "Believe or die!". I'd like to send Asif a message myself. Every breath is a gift from God regardless of your rebellion or faith. We are all living on time on loan from God. Repent and believe for the hour of judgement is at hand. We all deserve God's wrath. Will you stand before Him someday clothed not in your own righteousness but in Christ's?

Please pray I am not next.