Now I'm confused. Politicians, the media, and leftists keep telling us that we shouldn't judge other people's beliefs or cultures. Ahmed Ferhani is a Muslim who believes in following Allah's commands to violently subjugate non-Muslims. And here we are sending him to prison! Didn't the judge realize that in condemning Islamic violence, he was condemning Islam? 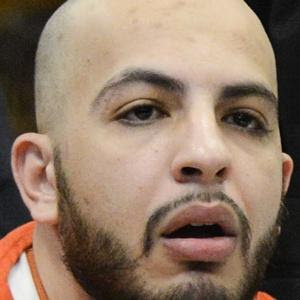 NEW YORK POST--He dreamed of blowing up 10 synagogues — simultaneously, on the same remote detonator — and grinned like a child when he bought what he thought was a live grenade.

In return for his plea, the mentally ill Algerian agreed to serve a 10-year prison sentence offered him by a Manhattan judge over the objection of prosecutors, who had asked for 14 years.

“We’ll blow all those motherf--kers up at the same time,” he was caught saying on tape. “Imagine that, bro. Imagine what that would be like.”

Yesterday, Ferhani admitted in court that, by targeting synagogues, he intended to “send a message of intimidation and coercion to the Jewish population of New York City, warning them to stop mistreating Muslims.”

The sentence is a significant break for Ferhani, in light of the potential maximum of 32 years he had faced had he gone to trial and been convicted of the top counts.

Defense lawyers tried to portray Ferhani, 27, arrested in May 2011, as a stooge who was entrapped.