Iran has been killing critics for a long time. But this shouldn't distract us from a far greater problem: Islamophobia. 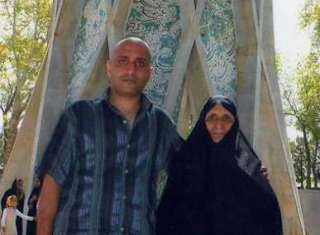 IRAN--The death of an Iranian blogger has been reported by his family a week after he was taken into custody.

Sattar Beheshti, 35, was arrested by Iranian police on charges of "actions against national security on social networks and Facebook."

His exact whereabouts and the manner of his death are unclear. Mr Beheshti's family say police told them to pick up his body on Wednesday.

Iranian authorities have offered no official comment on the case.

Mr Beheshti spent one night in Tehran's notorious Evin prison, where he wrote an official complaint to prison authorities alleging ill-treatment, before being moved to an unknown location.

It is thought Mr Beheshti was targeted for his writings on political and social issues on his blog and on Facebook. (Continue Reading.)