You'd think that, as Adis Medunjanin recited the Qur'an in court, he would have remembered all the imaginary passages calling for peace and tolerance. (Click here for something accurate about Jihad.) 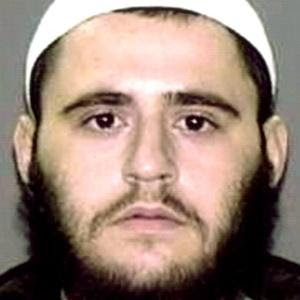 NEW YORK--It’s too late to sing a sad song now.

The Queens man who trained overseas with al Qaeda and plotted a suicide bombing on the city’s crowded subway system sang Koranic verses in open court today as he was sentenced to spend the rest of his miserable life in prison.

Bearded terrorist Adis Medunjanin, 28, broke out in song as he, defense attorney Robert Gottlieb and federal prosecutors stood at the foot of Judge John Gleeson’s bench in Brooklyn federal court.

In fact, Medunjanin, wearing a black suit and white dress shirt, announced his intentions to Gleeson.

"I would like to be praising God in Arabic,” he said. "As a Muslim, it is my duty to invite you into this great religion.”

After singing prayers in Arabic, Medunjanin read verses from the Koran in English as his parents, sister and extended family members watched from the gallery.

He then launched into a verbal assault on the US and blasted its foreign policy and overseas wars, condemning torture and mass killings.

"I ask you, what is democracy? What kind of system endorses torture? I ask you, is this really the best system that humanity has ever produced?" (Continue Reading.)

What kind of system endorses torture? Heres another hypocritical Muslim who knows nothing of Islam. I cant seem to find a single consistent Muslim.

Quran (5:33) - "The punishment of those who wage war against Allah and His messenger and strive to make mischief in the land is only this, that they should be murdered or crucified or their hands and their feet should be cut off on opposite sides or they should be imprisoned; this shall be as a disgrace for them in this world, and in the hereafter they shall have a grievous chastisement"