Hmmm. Now why would a peaceful Minnesota Muslim help terrorist recruits? Oh wait, now I remember. Muhammad encouraged his followers not only to wage Jihad, but also to fund Jihadists.

Sunan Ibn Majah 2759—The Messenger of Allah said: “Whoever equips a warrior in the cause of Allah, he will have a reward like his.”

Sahih al-Bukhari 2843—Allah’s Messenger said, “He who prepares a Ghazi [i.e., a Jihadist] going in Allah’s Cause is (given a reward equal to that of) a Ghazi.” 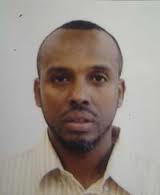 MINNEAPOLIS (KMSP) - Jurors have delivered a guilty verdict in the trial of a Minnesota man accused of helping send men to Somalia to join the al-Qaida-linked group al-Shabab.

Mahamud Said Omar was convicted on all five terrorism-related counts in the government's investigation into what it says was the recruitment of more than 20 Minneapolis-area Somali men who returned to their native land to join al-Shabab since 2007.

He could face life in prison.

Prosecutors say Omar bought plane tickets to Somalia for Minnesota recruits and paid for weapons for some of them. (Continue Reading.)

@ Osama,
Oh wait, could this be another one of CIA's agent. It seems CIA is infiltrated thru Islamic world more than I thought. Per Osama, all terrorist attacks commited by Moslims are actually done by CIA agents. This will make majority of the Moslem world to be CIA agents.

Sorta like, when someone converts from Islam to Christanity, the person was never a muslim.

Question..is it just me or do the postings take some time to go up?

Thank you, the good people of Minnesota, for helping me to find a shelter and new peaceful life in your beautiful state. The only way I can express my gratitude is by trying to wipe you out in the name of Allah.