Since Muslim groups like CAIR and ISNA sincerely believe that Islam promotes peace and tolerance, I'm sure they'll be joining Dawod on his trip to North Sudan in order to protect him from further mistreatment by Muslims who take Muhammad's commands seriously. 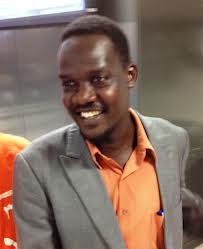 He's already planning his next trip back to his war-torn homeland.

“We are building our country, we are building peace,” Dawod told FoxNews.com in an exclusive interview in Washington, D.C., where he stopped on his way home to Oregon, where his wife is expecting the couple's first child. “We are making reconciliation between people, and this is what they’ve always needed, so I cannot stop from going there. I know it’s risky, but they deserve it and I really need to continue. They cannot stop me from going to my own country.”

Dawod — a permanent U.S. resident accused of being an American spy while imprisoned in Khartoum — said the brutal treatment by the country’s National Intelligence and Security Service (NISS) will not deter his mission of rebuilding a Catholic cathedral in South Sudan that has twice been destroyed by Sudanese forces. The 29-year-old native of Darfur was arrested in Khartoum on July 3 while participating in a peaceful protest against the ongoing violence in the region and the Sudanese government’s austerity policies under President Omar Hassan Al-Bashir. Prior to his arrest, Dawod had spent a month in South Sudan facilitating resources to rebuild the cathedral that will serve 1,000 worshippers in Torit — and become a symbol of peace between Christians and Muslims in the African nation. (Continue Reading.)