Of course, if a Russian radio host had attacked a Muslim for anti-Jewish or anti-Christian comments, this story would be international news. But since it was a Muslim attacking a non-Muslim over a perceived criticism of Muhammad, no one will pay much attention. 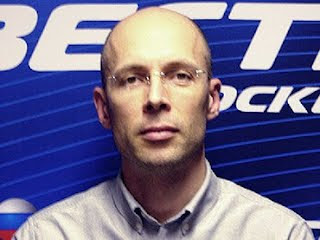 MOSCOW--A radio host has been hospitalized after being cut 15 times by an unidentified criminal. Two weeks ago the journalist ventured to criticize the founder of Islam, the Prophet Mohammed, on air.

Sergey Aslanyan, 46, was brought to Moscow’s hospital with numerous non-penetrating knife wounds to the chest, neck and arm.

According to the police report, on late Monday evening an unknown man called to Aslanyan’s flat over the building intercom and called him outside for a talk. When the journalist stepped out of the entranceway he was knocked over the head with a heavy object, after which the assailant brought the knife into play.

Aslanyan claimed that the attacker was shouting “you are Allah's enemy!” while slashing at the victim. Police say the abuser was a slim man of about 30, while according to some witnesses there were several attackers.

As of now the journalist is conscious and his condition is stable. His relatives and friends are free to visit him in his flat, which is guarded by police. Investigators say they do not have a primary lead, but hope to identify the perpetrator using porch surveillance camera data.

Still, Izvestia newspaper made a guess that the attack could be linked to recent statements made by the journalist in a radio show. While discussing religion in general he made some “from zero to hero” remarks towards the Prophet Mohammed.

“The Prophet Mohammed, as we know, was not a religious figure. He was a businessman, but after getting considerable financial support built plans as to how to get to the top,” Aslanyan disclosed. He also said that the Prophet “rewrote the Bible” so that “now everyone would know the Prophet Mohammed was not a market shopkeeper, but an outstanding political figure.”

According to Aslanyan, the idea of Islam was a “business project from the very beginning,” and turned out to be successful due to “handsome financing.” Besides that, the journalist, who was an external expert at this radio show, speculated that the Prophet had some sort of sexual disorder.

Reportedly, the journalist later apologized on air for the harsh statements he had made, but that did not change public opinion much. (Read more.)

What Aslanyan said about Muhammad Is true..

See not everyone dislikes him.

He lost me when he apologized.

Hi Everyone. I had Nadir Ahmed contact me through YouTube saying he defeated Wood and Spencer in recent debates. I went to his site and read an article called "5 reasons for offensive Jihad". Have you guys seen it? Here is it,, what do you guys think? I think it is exactly why Islam is more dangerous that nazism.

This is awful! We are living in a cruel world. But you may take a look here for thank you letter!