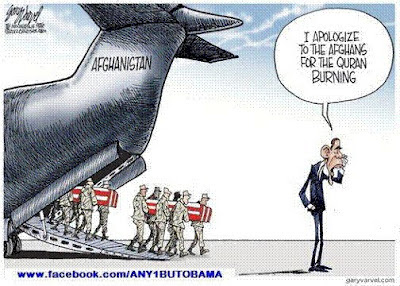 I have question for you,, why islam people pray towards mecca, always,, if i am not wrong.. can you provide explanation about this issue,, i am expecting it

Muslims pray towards Mecca because that was the pagan practice during Muhammad's time. Muhammad grew up with people bowing down towards the pagan shrine called the Ka'ba. As much as Muhammad wanted to get away from paganism, he could never separate himself from bowing towards the Ka'ba, kissing the black stone, fasting during Ramadan, taking the pilgrimage to Mecca, etc.

David was there also political implications if he didn't pay this homage to the black stone?
I'd heard somewhere he'd conquered Mecca but needed to keep the pagans pacified for the time being.

Dear brother,
Masjidul haram id forbidden for
Muslims according to their holy book
(now I do not remember the exact verse). But, I wonder, why they so eager to go mecca by rejecting quran, only allah knows!!!

"I will bow down toward your holy temple and will praise your name for your love and your faithfulness, for you have exalted above all things your name and your word. (From the NIV Bible, Psalm 138:2)"

The Kaaba was built by Abraham and Ishmael, peace be upon them. It was the House of GOD Almighty, and not a house of pagans. Yes, pagans did take over the House as centuries passed by and defiled it with idols, but in the end, Allah Almighty cleansed the House from the idols.

Even in the Bible, the path to Mecca was called "THE PATH OF HOLINESS", in reference to the lands of Kedar and Temam, which are in modern-day Saudi Arabia.

Can someone please tell me where in the bible it says,Abraham and Ishmael built the kaaba and where it says the path to Mecca was called "THE PATH OF HOLINESS?
because ether I'm confused or Osama Abdallah is or maybe he has another bible no one knows?

sara asked, "Can someone please tell me where in the bible it says,Abraham and Ishmael built the kaaba and where it says the path to Mecca was called "THE PATH OF HOLINESS?
because ether I'm confused or Osama Abdallah is or maybe he has another bible no one knows?"

He uses are the un-koran, the un-hadith and the un-bible.
Don't know what those are?
Neither do the rest of us.
Only him.

What Osama didn’t tell you is that there is a fundamental difference between the Islamic practice of bowing down to the Ka’aba and the Biblical practice of bowing down to the Holy Temple because there is a fundamental difference between the Ka’aba and the Temple. What made the Temple Holy is the fact that God’s Shechina lived in there, the Holy presence of God, yes, God Himself! That is NOT a teaching in Islam. Allah does NOT live in the Ka’aba, nor is his presence there. The only thing that is “heavenly” about that building is the black stone that supposedly fell down from the sky. This black stone is the object that they kiss, show religious reverence to, THAT THEY BOW DOWN TOWARDS! NOT because Allah supposedly lives there. What drills this home is that before Surah 2 was revealed, Muslims used to pray to Jerusalem, to try to win over Jews. But these Jews shunned Muhammad and got him upset to the point that he didn’t play along with them anymore and wanted an own prayer direction. And Allah accommodated: The Ka’aba in Mecca was the new direction. Including the black stone reverence, etc.

So, yes! The practice of bowing down to the Ka’aba is because it was a pagan practice, the stone was the pagan object of worship and the black stone was the object the pagans showed religious reverence to. Muhammad simply took that pagan practice and implemented it into the religion of Islam.

Osama said, "Even in the Bible, the path to Mecca was called "THE PATH OF HOLINESS", in reference to the lands of Kedar and Temam, which are in modern-day Saudi Arabia."

Okay, but Kedar and Temam are not Mecca.

In the thickets in Arabia you will lodge,
O caravans of Dedanites.
14 To the thirsty bring water;
meet the fugitive with bread,
O inhabitants of the land of Tema.
15 For they have fled from the swords,
from the drawn sword,
from the bent bow,
and from the press of battle.

16For thus the Lord said to me, “Within a year, according to the years of a hired worker, all the glory of Kedar will come to an end."


Still feel strong about 'Kedar and Temam'?
By the way, there isn't any conclusive history that the actual city of mecca existed during david's time, maybe not even solomon's. It may have well been a spot in the desert or a booming city, but since Saudi Arabia won't allow for excavation of any city, how would anyone know.

Hey, Nak, what does the bible say about bowing down before heavenly creatures??????????
Oh, that's right. Leviticus 26:1 ""'Do not make idols or set up an image or a sacred stone for yourselves, and do not place a carved stone in your land to bow down before it. I am the LORD your God."

Why...Aw Shucks.....
Oh wait, look at this, Exodus 23:24.
" Do not bow down before their gods or worship them or follow their practices. You must demolish them and break their sacred stones to pieces."

hmm...well maybe Muhammad got it wrong....

Why,,,,God hates sacred stones. Hmm. Hey! These references are all from the TORAH!! Didn't muhammad confirm the torah he held in his hands was from God?
That only means one thing...Muhammad's got to do a better job at reading before he sets up things God hates.

And when the town clerk had quieted the crowd, he said, “Men of Ephesus, who is there who does not know that the city of the Ephesians is temple keeper of the great Artemis, and of the sacred stone that fell from the sky? (Acts 19:35 English Standard Version)

That asteroid used to sit in Diana’s temple. Now that moon rock sits in the pagan temple in mecca.

Once again Osama is caught lying. once again he won't apologize but run away.

He lives in his own little fantasy land eating lucky charms all day.

Let's just call him lucky from now on.

That's what LepreCons do they try to steal everybody else's gold and run away.

Osama what would you do if when you got to your paradise allah only gave you a bowl of lucky charms?

Don't blame Osama he was only doing what the Quran tells him to do LIE, he try to pull a fast one in hope no one is looking, nice try Osama.

what religion exists before Islam in Arabia? can you be more specific about it? who build the mecca or kaaba? i have been in search online about kaaba.. i found some interesting news, about explanation that it is once upon a temple, i can give website links,, if you cant considered it as offensive..it might be good topic to analyse it.

@Osama Abdallah,
I have gone through your website,, i totally disagree with that website contents.. the evidence you have shown in website about existence of science in Holy Quran, can not be considered as evidence.islam dont exists before Muhammad,,, if i am not wrong... in that case, in which religion Muhammad born?

lets give some questions?
Who invented (sorry), humans cant invent,, but can only discover exiting inventions,,so who discovered Numerical system? from 0,1,2,---9? who discovered mathematics, science, ARTs ? these things exists before many thousands of years of Holy Quran !
There is another funny thing is,, Muhammad is mentioned in vedas ? I cant stop laughing,,, Do you know first of all what is meaning of "Allah" ?

Lets talk about issue of paganism, it indirectly refers to Religions of Aryavartha, i cant use word as hindusim , because its word given to people of aryavarta by Iranians,, in their ancient Holy Book Avesta,which is based on Rig veda, before islam conquered Persia..

Idol worshiping,, you seems to have no knowledge about it,, Its mental presence of supreme consciousness, can be shaped in any form based on believe..

I think you have missed in your website mentioning about muhammad in buddist holy books, or in jainism, or shintoism,, just try,, you may find it out.. lol..

Hez and foolster,
It's spiritual sickness, same Samatar and Kim and Mahdi have.

Until God removes their blindness, they will stay that way and go to hell.

It's scary but it's the way it is.

But here's the thing, we can't let them pull us down with them. We need to stay well versed and strong in the gospel until Christ returns.