Given the billions of dollars the U.S. has spent keeping Pakistan on friendly terms, it's amazing how many al-Qaeda terrorists are living comfortably there. 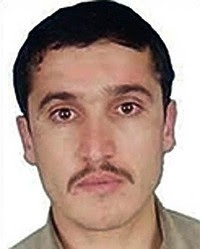 Al-Rahman was a Libyan national who was considered Al Qaeda's operational leader before rising to the No. 2 spot following Usama bin Laden's death in May.

Al-Rahman's death is a big blow to the terrorist group and comes as U.S. officials have said in the aftermath of bin Laden's killing that a few more high-profile deaths could break Al Qaeda's back.

The official, who spoke on condition of anonymity, says al-Rahman was killed Aug. 22 in the Pakistani tribal region of Waziristan. That's the same day a US drone strike in Waziristan.

Defense Secretary Leon Panetta said last month that Al Qaeda's defeat was within reach if the U.S. could mount a string of successful attacks on the group's weakened leadership.

"Now is the moment, following what happened with bin Laden, to put maximum pressure on them," Panetta said, "because I do believe that if we continue this effort we can really cripple Al Qaeda as a major threat."

Since bin Laden's death, Al Qaeda's structure has been unsettled and U.S. officials have hoped to capitalize on that. The more uncertain the leadership, the harder it is for Al Qaeda to operate covertly and plan attacks. (Read more.)

http://www.youtube.com/watch?v=cBk9liEFW7I - What will Muslim women get in Paradise

http://www.youtube.com/watch?v=hKAxXKjUfZY - How does islam want men to behave with women

Al Qaeda has changed its business model, so the government announcement is irrelevant: