We're not in Kansas anymore. Oh wait, yes we are. Liaquat Ali Khan is a law professor at Washburn University in Kansas. He claims that the U.S. should make laws against Qur'an burning, since burning Islam's holy book leads to violence. (Note: This is called the "Murderer's Veto." Whoever is willing to murder gets to control the behavior of others.)

Hmmm. It almost seems like radical Muslims (who kill in the name of Islam) and moderate Muslims (who point to the killings and demand changes) are after the same thing--Islamic supremacy. But it would be racist and bigoted of me to say this, so I won't point out the obvious. 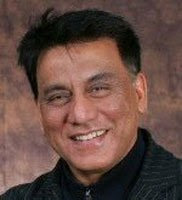 The flag precedent does not apply because Qur'an burning is an expressive conduct that incites actual violence. So far Qur'an burning has produced instantaneous violence outside the United States. Given the presence of a growing population of American Muslims, Qur'an burning threatens domestic peace. Media and blog invectives may have forced Justice Stephen Breyer to retract his otherwise sound intuition that the First Amendment would not protect Qur'an burning.

Invoking their constitutional right, American Muslims should petition the United States Congress for a redress of grievances. They must demand constitutionally sound legislation that outlaws desecrations of the Qur'an. For Congress, such legislation will demonstrate to American Muslims that the United States is prepared to break away from the medieval custom of assaulting the dignity of the Qur'an. It will also send a powerful message to Iraq, Afghanistan, Pakistan, Libya, and the entire Muslim world, that the U.S. is neither Islamophobic, nor anti-Islamic, a move that can undermine terrorist threats to homeland security.

"Invoking their constitutional right, American Muslims should petition the United States Congress for a redress of grievances."

So he wants Muslims to invoke their constitutional right, these same rights that they would have to give up to follow their Gods laws. Classic simply classic

The day they pass a law banning a burning of Qur'an then I will burn peronally the Qur,an. This issues is about free speech and dhimmiude and no Muslim is going to tell me that I can't express myself about what I think about Mihammed or the Qur'an

1) I do not thinke onne shoulde destroy books;

2) I do think one shoulde habe the freedom to say and do whatever one wants; the onlie limit shoulde bee the destruction off other one's private propriety or his life or the insitation off violence towards someone or someone else private propriety (p.s.: I'm no lawman);

3) Butt the action off the qur'an burning incites to less violence thane the qur'an itself; more: shoulde we forbide cutting out trees just because they are, for somme new-pagan "religions", the book of the mother-earth godess?

Off the subject, but we are all watching the Terry Jones story up here in Motown, Mr Woods, as your favorite judge gets to decide whether he has the right to protest outside the Dearborn mosque without paying a peace-bond.

I really wish him well. Even the ACLU support him.

Mayor O'Reilly is going to have to work harder to convince the nation that there is no Sharia in Dearborn, after this media coverage.

Koran is the oldest Mafia manual. There is no point in burning it as it gives the impression that a holy book is being desecrated. Koran is not holy and Islam is not a religion. There is need to expose the violent and hateful contents of Koran to spread the message that Muslims are being brutalized and criminalized by a mental virus released by the world’s first Mafia gang leader. It is an unmitigated human tragedy that what was originally conceived as cunning, devious and deceptive action plan for committing naked crimes got mutated and took the shape of a religion. One can legitimately take as divine gift the wealth and women of vanquished innocent unbelievers was the greatest attraction why this evil cult historically flourished. The most evil man ever to disgrace earth succeeded in pulling off his murderous plan as a divine mission to fulfill his longing for lust and power. His followers continued it and the job is still unfinished. Thus, Islam was born and the world is stuck with the murders and mayhem unleashed by its severely infected followers.
The need of the hour is to expose the way this evil book commands its brainwashed followers to go after unbelievers to kill or subjugate them. Majority of so called peaceful Muslims are either silent supporters or plain ignorant about what the Koran actually teaches. But, the devious Mullahs can turn them in to killer gangs at short notice when needed. Hence, there is need that all non-Muslims are well aware of the dangers posed by this evil cult to cope up with its imminent threats. Koran burning must stop, Koran preaching must begin.