A little Sharia never hurt anyone. 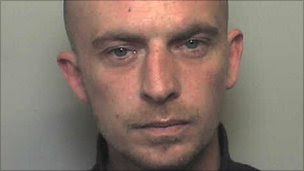 Great Britain--A former soldier has been sentenced to 70 days in prison for setting fire to a copy of Muslim holy book the Koran in the centre of Carlisle.

Andrew Ryan had previously admitted religiously aggravated harassment and theft of a Koran from a library.

The 32-year-old, of Summerhill, said he had been "shocked" watching a Muslim burning a poppy on Remembrance Day.

Shoppers and schoolchildren witnessed the burning, outside the old Town Hall, on 19 January.

He said: "It was pre-planned by you as you stole the book deliberately.

"You went out to cause maximum publicity and to cause distress."

Ryan struggled with security guards in court after the sentence was passed.

While being handcuffed he shouted: "What about my country? What about burning poppies?"

About 10 people were in court to support Ryan, and as they left the court they shouted "do you call this justice?".

After sentencing, Insp Paul Marshall, of Cumbria Police, said: "This incident was highly unusual for Cumbria as we have such low levels of hate crime in the county." (Source)

Hopefully this won't become a big thing like the Florida pastor Quran-burning.

I remember when I was little (maybe five or six or seven), I heard my older sister telling my mother that someone had left a burning Bible on the front porch of her friend's house. There was something stabbed through it, too--I don't remember if it was a knife or a fork, but it was something like that.

I wonder if anyone got arrested or a big riot broke out. Hmmmm, maybe my memories are too vague...

I don't believe in burning any Holy book -- wait I take that back -some of those Satanic things I'd be very tempted to burn ....but no - not going to do it, I'll just throw them away like I did my nephew's book one time .... I don't have to read them -- I won't read them -- but where is the equality IF someone burns a Bible ?? humm ?? we may yet see it one day and then we'll have our answer - and that is scary indeed (will politcal correctness prevail in the US ?)

Andrew Ryan was convicted of religiously-aggravated harassment. This law protects, not race, sexual orientation, women but a certain group of ideologies it came into force in 1998.

Tears are streaming down my face as I write this. Yesterday I believed my country was free. Please pray for England, that good people may rise up and fight this tyrannical law.

John, I'm north of the border and I feel the same way. In Glasgow you can find a publically-funded exhibition of defaced Bible pages, but you can't burn the Koran or you'll have Community Cohesion Facilitation Personnel (formerly the police, formerly charged with keeping law and order, now engaged in rooting out thoughtcrime) down on you. I don't feel as if I live in a democracy anymore. I don't see any leaders representing the interests of the UK. What's sad is that people just assume these days that it's the business of the state to regulate how we think - to promote certain ideas and squash others.