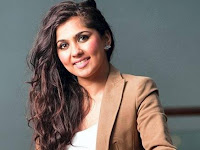 United Kingdom--Shanna Bukhari who is Great Britain’s first Muslim Miss Universe contestant told the press that religious zealots not only slammed her decision to enter the beauty contest but told her to rot in hell.

Miss Bukhari aged 24 had the zealots predicting her torments in hellfire and with some other religious Muslim men posting messages on her Facebook page condemning her Miss Universe move as offensive to Islam.

"Three men wrote that they would not support me because what I was doing was sinful," the young beauty contestant told the Manchester Evening News. "They said I should rot in hell, which is pretty shocking.”

"They contradict themselves by going out clubbing, drinking and smoking at the weekends. That is completely hypocritical and they should look to themselves before they start judging others.”

Miss Bukhari who works as model and is from a Pakistani origin, said that she wants girls from the Muslim communities to feel that they can do this.

"Muslim girls don't enter competitions like this because Islam does not permit it, but there is so much more to it than looking pretty," she said. (Read more.)

I remember after 9-11. Nigeria was hosting the Miss World contest, and a Muslim reporter made a comment saying "That Mohamed would marry he winner" or words to that effect.

Well Muslim's went on a rampage and burned down churches and killed hundreds of Christians.

WomenforTruth (Lies): whate do you habe to say aboutte this? please: feel free to poste here your thoughts...

They will always be MUSLIM first and thereby separate themselves from the infidels. I would have more respect for her if he didn't use the race or "muslim" card to win. She is fairly attractive but still chunky and no Ashwari Rai.

God is looking out for you, Shanna. Don't listen to the cruel words of your co-religionists. They are simply not true.

Shanna, you live in a Western democracy and should be allowed to do whatever you want within the law of the land. Our laws are secular and liberal and I'm sure most people in the West abhor the evil comments and threats you've received. It's time for people to make their minds up whether they want to live in Britain or France, etc, or Saudi Arabia or Pakistan. You want to live a Western lifestyle (and you do live in the West), but many other Muslims should consider living elsewhere if they can't accept anyone disagreeing with them. I hope you do well in this contest and succeed in breaking down some barriers. Freedom to do what you want within the law (secular law obviously), is THE most important issuse here.
Dave Baldock

Shanna, you live in a Western democracy and should be allowed to do whatever you want within the law of the land. Our laws are secular and I'm sure most people in the West abhor the evil comments and threats you've received. It's time for people to make their minds up whether they want to live in Britain, France, etc, or Saudi Arabia or Pakistan. You're here and you seem to have accepted a Western lifestyle, but many other Muslims aren't welcome if they seek to control individual people with their repressive thoughts. I hope you do well in this contest and succeed in breaking down barriers. Freedom to do what you want, within the law (secular law obviously), should be is at issue here.
Dave Baldock

@Radical Moderate, I do not remember any such incident.

A true Muslim would never say any such thing. We Muslims regard the holy, pure, perfect, and infallible Prophet Muhammad (SAW/Peace be upon him) as the GREATEST of all God's creation and the most honourable, righteous, pious, kind, sincere, handsome, humble, pure, intelligent, honest, modest, beautiful, and BEST man ever. The holy and pure Prophet Muhammad (SAW/Peace be upon him) is the closest one to God Almighty and is God's greatest mercy upon the universe.

You dont remember such a incident? It was shortly after 9-11 maybe in 2002. So I would bet you where probobly around 11 years old.

So Mohamed was the "MOST HANDSOME MAN" lol, how would you know since there are no pictures of him?

Second have you read the discriptions of him. "He walked like he was always walking up hill, he had hairy nuckles, over sized joints... etc..

So a man who has over sized joints, drags his hair nuckles on the ground becasue he walks hunched over is handsome to you.