Good for her. You can read the entire Complaint here. 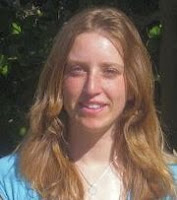 On March 5, 2010, Jessica Felber, a twenty year old Jewish student at Berkeley, was attacked and injured on campus because of her Jewish ancestry and religious affiliation. At the time she was holding a sign stating “Israel wants Peace.” Her assailant, Husam Zakharia, also a UC Berkeley student, was the leader of Students for Justice in Palestine (“SJP”) at Berkeley.

Defendants were fully aware that Zakharia, the SJP and similar student groups had been involved in other incidents on campus to incite violence against and intimidate Jewish and other students. Nevertheless, in clear dereliction of their legal responsibilities, Defendants took no reasonable steps to protect Ms. Felber and others.

The Complaint further describes how the SJP conspires and coordinates with the Muslim Student Association (“MSA”), which has a publicly documented history of affiliation with and support of organizations deemed “terror organizations” by the United States Department of State. That they have resorted to intimidation and harassment is evidenced most recently by the fact that the District Attorney of Orange County, California, has indicted eleven students from these groups for inciting and disrupting a speech given by the Israeli Ambassador to the United States at the University of California, Irvine.

The Complaint charges that the assault was the result of the university having: (1) fostered and encouraged campus terrorist incitements by the SJP and the MSA) ; (2) turned a blind eye to the perpetrators of illegal activities; (3) failed to effectively discipline the MSA and SJP for their pro-terrorist programs, goals and conduct; despite having ample notice that such violence was foreseeable; and (4) failed to provide adequate security to prevent the violence, harassment and intimidation which occurred on March 5, 2010.

Ignoring complaints from students about the poisonous climate on campus, defendants condoned, allowed and enabled groups such as the MSA and the SJP to threaten, harass and intimidate Jewish students and to endanger their health and safety. Their tolerance of the growing cancer of a dangerous anti-Semitic climate on its campuses, and their failure to take adequate measures to quell it, violated the rights of Ms. Felber’s and other students to enjoy a peaceful campus environment free from threats and intimidation.

As the Complaint reminds us, the on-campus activities of the SJP and MSA against plaintiff and other students of Jewish religion and ancestry - and the university's failure to confront them - present a disturbing echo of the darkest period in history: the incitement, intimidation, harassment and violence carried out under the Nazi regime and those of its allies in Europe against Jewish students and scholars in the leading universities of those countries during the turbulent years leading up to and including the Holocaust.

There is a genuine fear by Ms. Felber and other students of Jewish ancestry on campuses throughout the University of California system that the tragic lessons of history have not yet been learned by these defendants. They fear that the University of California campuses are no longer places of hope and dignity, of academic and personal freedom, or of peaceful life and personal safety.

Ms. Felber is represented by Joel H. Siegal a civil rights attorney in San Francisco, and New York attorney Neal M. Sher, who for many years was the Director of the Justice Department’s Nazi prosecution office. (Source)

Perhaps if a campus administration doesn't have the sense or the guts to protect civilized students from thugs, then it should be shut down and before being reopened, the entire administration should be fired.

FYI: The complaint says that Husam shoved a shopping cart into her.

A shopping cart?
What, was he on the way home from the bigotry store?

I am sorry to hear about Jessica's injuries, yet I am glad for this important lawsuit. Perhaps it will set a precedent that will ban MSA and their likes from all campuses.

A frivolous lawsuit brought about to get attention and make a political point, forcing the University to direct resources to this absurdity rather than toward educating the young people of California. Some people know no shame.

Firstly there is nothing to back up that she was "attacked and injured on campus because of her Jewish ancestry and religious affiliation", maybe it was but you cannot just write it as fact, innocent until proven guilty and all. Also why bring the Holocaust into it, it appears to be an isolated event. PS I severely object to articles like this being even linked to Christianity, the very anti-Muslim vibe I'm picking up makes me, as a fellow Christian, ashamed to be associated with you.

Why frivolous? I agree that some people have no shame, but I'm thinking maybe that applies to you, not to Jessica.

@Sara:
I'd encourage you to read the Koran, the Hadith, etc. The more you know about Islam, the more you'll understand.

Frivolous because it will result in the waste of public resources over something trivial, and that this woman is trying to make into a much bigger deal than it is for political and public relations reasons. She had an altercation with a private citizen (while acting as the agent of a foreign government) and now she is suing a public university because she alleges that it's up to the university to protect her from anybody who disagrees with her, wether she is provoking them or not. She needs to grow up and take responsibility for herself. I wonder if the foreign government for whom she is an agent encouraged the lawsuit and will be financing it in order to make a political point. It's part of a much larger and insidious propaganda effort with very pernicious effects on American society and government. This is merely one small example. It is shameful.

I agree with Matt. I mean how can you say the lessons of the Holocaust haven't been learned. They make a movie about it every year and there are millions of documentaries about it.