Pastor Saeed Abedini Has Been Freed by Iran

Christian pastor Saeed Abedini (along with several others) has been freed as part of a prisoner exchange with Iran. 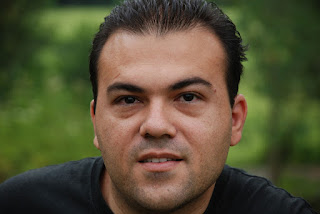 According to FARS, Iran freed Rezaian, Marine veteran Amir Hekmati and Christian pastor Saeed Abedini, who had been held on various charges. FARS identified the fourth prisoner freed as Nosratollah Khosrawi. Details of Khosrawi's case were not immediately known.

The release is part of a prisoner swap deal in which the United States reportedly freed seven Iranian-Americans held on charges related to sanctions against Iran, FARS said. The news agency had previously said the U.S. was to release six prisoners.

"Based on an approval of the Supreme National Security Council (SNSC) and the general interests of the Islamic Republic, four Iranian prisoners with dual-nationality were freed today within the framework of a prisoner swap deal," FARS quoted the office of the Tehran prosecutor as saying. (Continue Reading.)

The sick sick nation of Iran..... This is big "O's" ploy to throw a bone at the raging Republicans, who are furious to see American soldiers on their knees before Iranian authorities, yet they are given billions and billions of dollars... Go figure.

Anyway thank God for the release of these Americans, and particularly the ones imprisoned because of their faith in Christ.

The middle East needs Christ to fee then from the bondage of barbaric Islam.