Muhammad and the Poor Widows 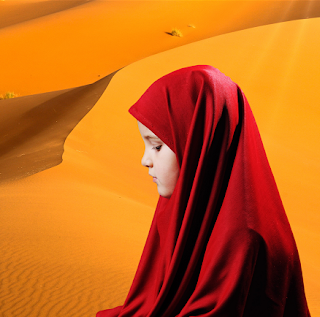 We say that the bent of thy Master’s life doth not answer to the boast that he “was sent a Mercy and Blessing to the human race.” On the contrary, his chief object and concern was to take beautiful women to wife; to attack surrounding tribes, slay and plunder them, and carry off their females for concubines. His chief delights were, by his own confession, sweet scents and women—strange proofs these of the prophetic claim![1]

With these words, a ninth-century Christian decried the character of Muhammad. A thousand years later, another Christian expressed similar disdain for Muhammad’s unchastity, for he

gratified the passion for fresh espousals, which was becoming a characteristic feature of his advancing years … The numerous marriages of Mahomet failed to confine his inclinations within the ample circuit of his harem. Rather its multiplied attractions weakened restraint, and stimulated desire after new and varied charms.[2]

By this time, the Christian missionaries had made inroads to the Muslim world, and Muslims could no longer ignore Christian criticisms of their Prophet.

Some critics of Islam … have reviled the Prophet as a self-indulgent libertine. They have accused him of character failings which are hardly compatible with being of average virtue, let alone with being a prophet and God’s last Messenger and the best model for all mankind to follow.[3]

The Muslims had to discover a defence of Muhammad’s polygamy that sounded reasonable to Christian ears. By far the most popular argument was that polygamy provided for poor widows.

With the solitary exception of A’ishah, the women whom the Rasool married were all elderly widows, homeless and friendless … As the war continued, the small community had neither the time nor the resources to provide home and subsistence to the widows and orphans.[4]

He had married many of them in order to give them protection and safeguard their dignity. It was hoped that the Muslims would follow his example and provide protection to aged women, widows and their orphaned children …[5]

This explanation has been accepted without much question even by Western historians.

… many were political marriages to cement alliances. Others were marriages to the widows of his companions who had fallen in combat and were in need of protection.[6]

But is it true? Although everyone today “knows” that Muhammad married poor widows to rescue them from a life of destitution, it is a relatively new idea. Muhammad himself was apparently unaware of his own generosity, for his idea of how to choose a wife was:

A woman is married for four things: her wealth, her family status, her beauty and her religion. So you should marry the religious woman (otherwise) you will be a loser.[7]

So were his wives poor widows, or did he marry them for some other reason? We will pass over his first wife Khadija, “a merchant of dignity and wealth”;[8] since their marriage was monogamous,[9] Khadija is not relevant to the question of polygamy.

Khadija died in April 620.[10] At that time, the Muslims had not fought a single battle, so no men had died in the war; and the only Muslim who had died in the persecution had been a woman.[11] Further, the lists of early Muslim converts consistently name far more men than women.[12] It is very unlikely that there were not enough Muslim men to marry the available women. Rather, it seems that there were still not enough women to go around the men even some years after the Muslims fled to Medina.[13] Muhammad’s problem in 620 was not how he might provide for a few widows but whether there were any available Muslim women at all.

At that time Muhammad was not an eligible bridegroom. He was not well placed to care for new family members, for he had no money of his own and Khadija had apparently died bankrupt.[14] He was unpopular around Mecca.[15] The only asset that he offered a woman was his divine status as the Prophet of Allah.

Yet within three weeks of Khadija’s death, Muhammad abandoned monogamy. He proposed to two women on the same day.[16]

Neither of his brides needed rescuing. The first, Aïsha, was only a little girl.[17] Her father, Abu Bakr, was a “a man of means,”[18] “a merchant of high character.”[19] He had to break Aïsha’s existing engagement to another man before he could marry her off to Muhammad.[20]

The other bride, Saowda, was newly widowed. Her father gave her a free choice to accept or reject Muhammad’s proposal; if she had refused, she could have continued living in her father’s house. When she accepted, her brother doused his head with dust;[21] apparently he would have rather paid his sister’s expenses for the rest of her life than seen her married to his enemy. Besides having a family, Saowda was a tanner and perfume-mixer who was quite able to support herself with her labours.[22] In fact, we wonder whether Muhammad kept her or she kept him.

Neither Saowda nor Aïsha “needed” to marry Muhammad for economic reasons. Therefore we must ask, not only why he married both of them, but why he bothered to marry either of them.

The suggestion that he wanted Saowda as a housekeeper is weak, for Muhammad’s house was already being kept by his middle-aged daughter-in-law and two teenaged daughters.[23]

The suggestion that he married Aïsha to strengthen his bond with her father Abu Bakr only raises the question: why did he not marry her sister Asma? Asma was about twenty years old[24] and not engaged to anyone. She could have strengthened the bond with Abu Bakr, moved in immediately to run the household and (as her future proved) given birth to healthy sons.[25] Muhammad would not have needed to marry Saowda or Aïsha if he had chosen Asma.

A possibly relevant observation here is that Asma and Saowda were both morbidly obese.[26] It looks suspiciously as if Muhammad really only wanted Aïsha, who was pretty;[27] but, knowing she was too young to move in immediately, he wanted an extra woman for the meantime. Since he could not marry two sisters at once,[28] marrying Asma would mean never marrying Aïsha, so he chose Saowda. He would tolerate the fat woman as his housekeeper and bedfellow until Aïsha reached puberty. Then Aïsha would become his companion, and what might happen to Saowda afterwards was not his present concern.

So it was. Muhammad married Saowda immediately.[29] He consummated his marriage with Aïsha three years later.[30] Why he did not bother waiting until Aïsha hit menarche,[31] and why he subsequently considered divorcing Saowda,[32] are topics for another day. You can find the answers to these questions in my book Unveiled.

And why were there widows? Could it be because Mo... you know, KILLED THEIR HUSBANDS?

Keith, I think it's safe to say that Muhammad didn't kill Khadija's previous husbands (since there is no evidence that he ever met either of them) or Saowda's first husband (who was a faithful Muslim and who died of natural causes in Mecca). As for Aïsha’s fiancé, Jubayr, he outlived Muhammad.

Continuous debates are being held about Polygamy In Islam, saying that Muslims can Mary more than one wife deliberately. Actually what Quran says regarding this is, in Sura an-Nisa Chapter 4 Verse 3, Indirectly Islam discourages men to marry multiple wives as it is clearly mentioned if you can do justice to all, only then it is allowed.